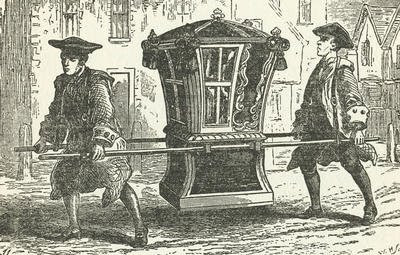 The weekend disclosure of Hillary Clinton’s contract with UNLV reinforces just how far the school’s foundation was willing to genuflect (that’s flexibility!) to ensure she appeared at an Oct. 13 dinner.

The $225,000 fee was embarrassing enough for a school struggling with tuition increases and trying harder, it seems, to build a stadium than burnish its academic reputation. The school only made $70,000 (by its own accounting) a couple of years ago when it paid Hillary’s husband $250,000. My guess is the UNLV Foundation clears less for Hillary’s speech.

The school clearly is immune to embarrassment (but I bet Hillary is furious they released the contract after the RJ's Laura Myers requested it) and believes that it’s a good lesson for students to treat mortals like goddesses. This may be de rigueur on the Strip, where headliners such as Elton John routinely ask for ridiculous stuff. But the forms Myers obtained paint a picture of a woman who expects to be treated like royalty and shuns anything but momentary mingling with the hoi polloi (if she must).

On an “Event Request Form” (attached here) from Hillary’s agent, the “standard travel expenses” include not just a chartered jet but “roundtrip business class airfare….for two advance staffers…” And accommodations “should include a presidential suite for the Speaker and up to three adjoining or contiguous single rooms for her travel aides and up to two additional single rooms for the advance staff.”

No word on who pays for the sedan chair, the servants to carry it or those who fan Hillary as she enters the room.

Also standard for Hillary, according to that form, is all ground transportation for her and her retinue, as well as “all phone charges/cell phones and meals during their stay.” Cell phone charges? Yes, you read that right.

Oh, and this: "In addition to the expenses outlined, the host will be responsible for a $500 flat payment to reimburse the lead travel aide for out of pocket travel expenses.” My goodness.

Is this really any more out of touch than Mitt Romney was portrayed in 2012? I am surprised there is no Streisand clause mandating that people must avert their eyes when the country’s political diva enters the room.

But there is plenty of eye-opening stuff in the contract (also attached here). My 10 favorites (the “Agency” is The Harry Walker Agency):

1. The itinerary in the contract specifies that Clinton’s speech will be under 60 minutes and followed by a Q and A. But even if we include the Q and A in her fee, it’s still $3,750 a minute. Those will be some pearls of wisdom. (Actually, pearls are much cheaper.)

2. The speech and reception “will be closed to the press, unless otherwise agreed to in writing. There will be no other media opportunities or availabilities (i.e. press conferences, statements, etc.). Should the Sponsor see  to invite any members of the media as guests, the Sponsor shall provide the Agency with such guests’ affiliation and receive the Agency’s agreement in advance of such invitations.” This is the “Las Vegas Sun only” provision. Does anyone else find it remarkable that an institution of higher learning would permit a gag order?

3. “It is understood and agreed that recording the Speaker’s remarks for any purpose, including by the Sponsor is not permitted. The lecture may not be broadcast, webcast, simulcast or otherwise reproduced.” Really? And this is enforceable how? It is perfectly legal to wear a recording device or to bring one concealed in your clothing and turn it on. Not that I would suggest anyone do such a thing – at least no one I will tell you about now. And this: “If necessary, the Sponsor may use Image Magnification (IMAG) to project the Speaker’s image on screens placed within the event room, with the understanding that the Speaker’s remarks and images are not recorded as a result.” How…understanding of her.

4. The contract is “non-cancelable” by UNLV, “and all amounts due pursuant to this Contract shall be paid….” So even if Hillary committed (fill in the blank), UNLV would have to honor the contract.

5. “It is agreed that the Speaker will be the only person on stage during her remarks.” So even her good friend and possible introducer, Las Vegas Sun owner Brian Greenspun, cannot go anywhere near the stage while Her Majesty is there. This same section makes it clear Hillary must approve the moderator.

6. Brian Greenspun said Hillary"does honor" to UNLV by appearing there. Or at The Bellagio, at least. True enough, she wants it made clear the honor is all the university's, that she wants nothing to do with UNLV's brand. The contract says: “It is understood and agreed that Speaker is NOT (their caps) endorsing the Sponsor or any entity, individual, product, or services in any way associated with the Sponsor or the engagement.” Indeed, if UNLV were to try to imply in any way that Hillary endorsed the university, she could sue, according to the contract. Yes, quite the honor.

7. If anyone takes a photo of Hillary at the event, “including but not limited to any guests or invitees, (the photo) cannot be used or distributed without the Agency’s prior written permission.” So only flattering angles, please.

8. “The Sponsor agrees to pay a fee of $1,250 for the services of a stenographer, who will be onsite at the event. The stenographer will transcribe the Speaker’s remarks as they are being delivered, which shall be solely for the Speaker’s records.” Really? She won’t even pay for her own stenographer. Please adjust the reported fee to $226,250.

9. “The Sponsor shall reserve twenty (20) seats at the event for the Speaker’s staff/guests. These seats should all be together in the priority seating area and the guests should be included in the photo receiving line.” So people who are paying as much as $20,000 get less preference than Friends of Hillary? Really?

10. In the “publicity and promotions” section, UNLV agrees “that all communications, mailings, solicitations, publicity and/or promotion that mentions or makes reference to Speaker must be specifically approved in writing in advance by the Agency. Please note that television, radio, or billboard advertising will not be approved.”

Yes, that would only cheapen this high-minded event.