When it came to vote on guns today, Nevada’s two senators each reversed previous positions, but in very different ways.

Senate Majority Leader Harry Reid gave an unusually passionate and emotional speech, perhaps unfettered by the Manchin-Toomey amendment’s inevitable defeat, to explain his support for the measure (he would later vote against it as a procedural move to reserve the right to bring it back.). And Sen. Dean Heller provided a grotesque statement to explain his flip-flop, exploiting a horrific tragedy in Carson City to strike emotional chords (he cares about the children) and then dissembling about the impact of the measure to justify his vote against universal background checks.

Heller is an NRA favorite, having received an "A" rating from the potent lobby. But Heller's post-November awakening on some subjects – immigration, for instance – gave hope to Reid & Co. that they might persuade him to vote at least for background checks. Indeed, in February, Heller said on CNN that background checks are “a reasonable step forward.”

Then, on April 11, in a release headlined, “Let’s have the debate,” Heller said he would not filibuster the gun bill and helped move it forward. That resulted in this headline, which I’m sure thrilled him.

On Tuesday, in a statement, Heller declared he was against Manchin-Toomey, after days of saying he was undecided. Just take a look at a couple of parts of the brief statement.

First, heartstrings tugged: “While I was home this past weekend, my family and I ate at the Carson IHOP where four people lost their lives and several were injured. The survivors of that senseless shooting in the morning hours of September 6, 2011, deserve this debate.”

Forget the sickening use of that tragedy. The same indicent would later be used by Reid as an example of why deranged folks should be prevented from getting guns and why large magazines should be banned.

Then this: “I believe very strongly that our current background check system needs strengthening and improving, particularly in areas that could keep guns out of the hands of felons and the mentally ill….(But) I believe that this legislation could lead to the creation of a national gun registry and puts additional burdens on law-abiding citizens.”

So a bill that does just what Heller wants – strengthen background checks – he must oppose because he claims it does something (a gun registry) that it manifestly will not. (See Page 27.) Other Republicans – John McCain and Pat Toomey, for instance – cited the gun registry ban provision as a reason to set aside their 2nd Amendment concerns. 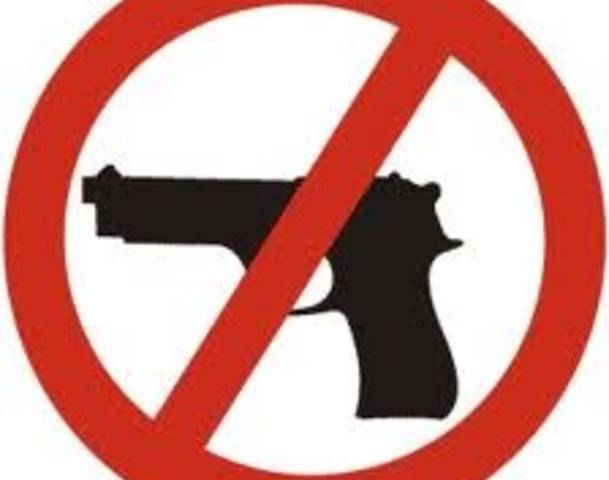 Sometimes politics mystifies, with motivations abstruse. Sometimes it is simple.

With the substantive arguments exposed as risible, Occam's Razor says only politics remain as the explanation for Heller’s vote Wednesday. Distancing himself from Reid, solidifying the GOP base, hoping he can get those who believe in gun control back on another issue.

As I quoted one insider in my newsletter today:

“I think that is part of it, not being linked to Reid too much and not giving Reid cover in 2016. But also, gun rights voters are one issue voters. Gun-control voters are not one issue voters. And maybe he the calculus is that the republican electorate in Nevada is still very conservative and will remain when he is up again and the base votes on this issue. Also he is already defying them on immigration it looks like, so he could only do that once.”

Makes sense. And what must make this worse for Reid and gun control advocates is that if Heller had gone for background checks, another Republican or two might have come along, providing the momentum to pass it.

The majority leader has had a good relationship with the NRA since 1994, when he voted against the assault weapons ban. His famous photo op with NRA chief Wayne LaPierre in 2010 seemed a precusor to an NRA endorsement.

But when that didn't come, it’s no secret that Prince Harry was angry. And when Reid gets mad, he gets….even.

That’s the political template into which Reid's Wednesday speech must be placed.

Sounding like a passionate gun control advocate, the man with a lifetime “B” rating from the NRA embraced an assault weapons ban he once opposed, suggested high-capacity magazines should be banned and attacked opponents of the background check bill (hello, Sen. Heller) as shameful scare mongers.(He, too, exploited a tragedy (Newtown) as most of them have, but isn't there a mitigating difference when you are trying to pass legislation you hope would prevent future mass slayings?)

If my colleagues wish to vote against stronger background checks – and oppose the will of the American people – that is their right. But they should not spread misinformation or sow seeds of fear about this critical anti-violence provision.

Not the same man who stood with LaPierre at the opening of the shooting park demonstrating his shooting prowess and anticipating an endorsement for re-election that never came. Reid’s speech was about as filled with anger and venom as he gets, and his voice seemed to break at the end as he talked about his vote.

Today, I chose to vote my conscience, not only as Harry Reid, United States Senator, but also as a husband, a father, a grandfather and a friend. I choose to vote my conscience because, if tragedy strikes again – if innocents are gunned down in a classroom or a theater or a restaurant – I could not live with myself as a father, as a husband, as a grandfather or as a friend knowing that I didn’t do everything in my power to prevent it.

Not the same man who said he listened to a friend in 1994 when he opposed the assault weapons ban. His pal told him it was impossible to determine what an assault weapon was. But when he talked to his friend this year, Reid said on the Senate floor, he had a different experience:

Not the same man who so often talked about using guns as a child, who sounded all of the Second Amendment Defender rhetoric as he balanced the needs of the liberal members of his caucus with Democratic senators from red states. Reid always knew he had to dance with the NRA. But today, he chose another partner – the gun control lobby. And there is no going back considering the vehemence of his rhetoric.

Not the same man who would never in the past have so eagerly stuck a thumb in the eye of Second Amendment advocates. He would even later make it worse for them by backing a ban on high-capacity magazines, saying they won’t hurt hunters and sportsmen and the prohibition could save lives.

Some will say this means Reid has decided not to run in 2016 and face the NRA’s wrath. Those who say that don’t know Harry Reid.

It’s also true that some will look at this as a crass political calculation of another kind – that Reid knew the bill was going down, that he knew he might catch some flak for not getting it done, so he embraced it, knowing it would fail but showing the left some love. Not sure I buy that, either.

Some on the left are blaming Reid for not fixing Senate rules that might have altered the 60-vote threshold. He did forge a fairly meek compromise with Minority Leader Mitch McConnell, but he also never said he was opposed to the filibuster instself.

Others will insist this is classic Reidian revenge for the NRA’s 2010 snub or that the majority leader, like so many, was deeply affected by Newtown. I think both could be true.

But this may be one of those cases where Occam’s Razor applies again, maybe that rarest of cases when a politician should be taken at his or her word. Maybe, just maybe, Harry Reid, not known as a "conviction politician", voted his conscience on Tuesday.

(Images from gambling911 and petroc.com)