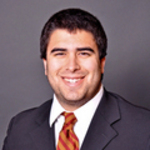 GOP frontrunner Donald Trump, who has made cracking down on illegal immigration the centerpiece of his rise to the top of the field, has hired a young Hispanic activist to helm his Nevada effort.

Charles Munoz, 26, who helped organize the Americans for Prosperity chapter in the state, has been tapped to run Trump's nascent effort in Nevada. The Washington Post first reported the hiring Tuesday.

Munoz, who was not available to comment, was selected after a small number of interviews conducted in Nevada two weeks ago by the Trump campaign, including campaign boss Corey Lewandowski, whose political roots are in AFP. Among those also considered was another ex-AFPer, Nick Vander Poel, a longtime GOP activist.

Munoz is a recent UNLV graduate (hat tip for that nugget to journalist Riley Snyder). As Snyder noted on Twitter after the hiring was announced, Munoz was active with AFP during his college days and expressed his feelings about the 2011 budget battle:

Charles Munoz, a junior at UNLV, manned a table for Americans for Prosperity, a right-wing advocacy group, where he works as field coordinator for all of Nevada.

“If you want a good college, you should have to pay for it,” said Munoz, who is also a member of the UNLV College Republicans. For Munoz, higher education is a privilege, not a right, and he said that he sees the potential budget cuts as a way for Nevada students to take their educations more seriously.

Whether Munoz will be given the resources to organize in Nevada for the caucus, tentatively scheduled for Feb. 23 (the date is supposed to be finalized this weekend), remains to be seen. He has no experience running a campaign but has been working in Nevada politics since 2010. In a race to collect as many names as possible to caucus next year, having the newly elected secretary of the Clark County Republican Party, Hannah Wilkins, as his fiancee, cannot hurt.

So when is Trump coming to nevada for his first rally? One insider said he may soon make an attempt to beat the extimated 4,500 people who came to see Bernie Sanders at UNR last week.

I bet he could, too.