Shortly after a Senate committee passed a heavily amended version of his transparency bill, Secretary of State Ross Miller issued a tweet:

Forward, eh? One small step for transparency, one giant leap for nonsense.

Ever since Miller first proposed Senate Bill 49 he faced the same opposition disguised as support) other reform-minded secretaries of state have faced. Most (Notice I am generous in not writing “all.) of the Gang of 63 like the system that allows them to essentially hide money and special interest favors behind an anachronistic reporting system that favors opacity and gives the public only intermittent and incomplete windows into is trying to buy access, where they are spending money.

And what happened Thursday in the Senate Legislative Operations and Elections Committee was nothing short of a drenching of the bill’s original concepts, with Republicans opposing even the amended legislation and Democrats providing the hose to water it down. The only real victory, and what makes Miller’s tweet somewhat accurate, is that at least the bill moved forward and did not expire in the committee before Friday’s deadline.

A win, perhaps? But like a death row inmate’s stay of execution that rarely staves off the lethal injection?

I accept the notion that you can’t legislate honesty. But you can legislate transparency, which might remove the cloak of corruption and perhaps catalyze less dishonest behavior.

That’s what Miller tried to do in this bill, which in its original form provided for real-time (72 hours) campaign finance reporting and better disclosure of gifts, among other excellent provisions. After the first hearing, with all of the five committee members expressing support for the concept, I knew just how much trouble it was in.

Expressing conceptual support for a bill in the legislative process is the equivalent of a baseball owner giving his manager a vote of confidence. You know, sooner or later, the axe is coming.

It fell Thursday in the hearing as Kelvin Atkinson, fronting for the Democratic leaders, presented an amendment along with one from Miller’s office that dramatically changed the original legislation. The most egregious changes:

----The 72-hour reporting period only exists during early voting

----Instead of contributions of $1,000 or greater, they doubled the disclosure threshold

As Miller and his staff pointed out afterward, there were some good provisions that survived the committee’s cleaver. For instance, politicians now have to report quarterly in off years, personal use of campaign contributions is better defined and a broad range of gifts must be disclosed.

“I’m not sure an ideal system exists anywhere,” Miller told me after the vote via text. “But prior to last session we had essentially zero campaign/gifts transparency and the difference if this passes is enormous.”

Enormous? Well, Miller’s adjective is accurate if you accept that Nevada is going from a pathetic lack of transparency to some. And that it is.

But to hear some of the committee members talk about how onerous some of the provisions are, it was as if they were being asked to sacrifice their first born. Indeed, Atkinson fretted, "We don't want to make it so difficult that we turn legitimate people off from running for office."

And then there were the complaints of how difficult it might be for some people to obtain Internet access to report their contributions within 72 hours. Ever hear of libraries? Or, as one wag put it, “Public notices should go on the Internet because everyone has access to it, according to Ds. But apparently politicians don't have the same access to this mysterious World Wide Web.” 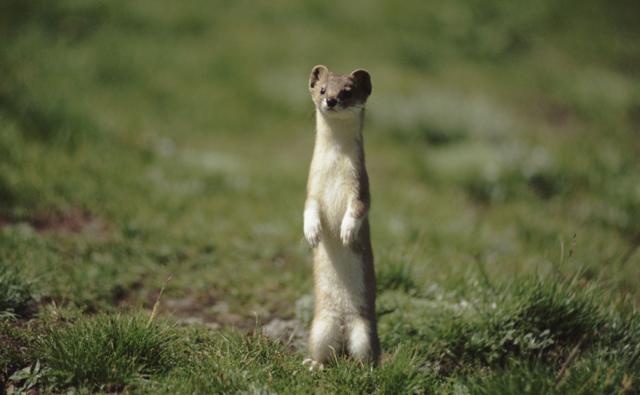 But I save the worst for last: Sen. Mark Manendo (pictured at left).

In a bizarre, mendacious rant, Manendo claimed “a reporter” was saying he and Atkinson were holding up the bill and that “no reporter” had ever interviewed him on the bill. Manendo clearly was talking about me – this is not ego; it’s obvious because I am the only one obsessed with it. He then went on to whine about various provisions before ultimately supporting the amended measure.

Afterwards, I approached Manendo and asked him what in the world he was taking about. Here’s what ensued, give or take:

“I wasn’t talking about you.”

“Give me a break. And why would you lie?”

“I just heard reporters were saying that.”

“Really, that’s the best you got senator? And I interviewed you about this!”

“When did you interview me, Mr. Ralston.”

“When the bill was introduced.”

“Oh. I never read anything.”

I kid you not. Yes, as Atkinson said, it would be a shame if this bill prevented LEGITIMATE people from running for office.

So the bill moves on to the Senate floor, where more amendments are possible and entombment in the Assembly could be ahead. “It’s a good first step,” Chairwoman Patricia Spearman said afterward, making a point to circle back to tell the Fourth Estaters so.

But is it really forward when politicians can get contributions right before early voting begins and because of the amended provision not deposit them unitl after the election and thus keep them secret?

I get that a compromise was essential to move the bill ahead, but as one insider put it, “Mere opposition to some of this stuff raises BIG eyebrows.”

Yes, why don’t they want to report cash on hand every period, and why do they not want to disclose contributions so often? I  have said all along there is no good reason to oppose any of these provisions. It makes one wonder, does it not?

If you want to know why they can get away with it, Sen. Barbara Cegavske provided the answer in the committee, repeating what she told me weeks ago: “Not one constituent has ever asked me about this issue. The only people who want it are the people in the audience, the reporters, and your opponents.”

And that’s the way she and most of the rest want it to stay. And they are all "legitimate" people.

(Images from nj.com and BBC Nature.)