UPDATE, 2 PM: The company sent a dual message Wednesday. Switch executive Lesley McVay simultaneously sent an almost identical letter to the chamber, resigning from the group's executive committee. (Her letter is posted below.)

After months of tension with the chamber over taxes, the Las Vegas Global Economic Alliance has lost its chairwoman to the infighting.

Switch executive Missy Young notified board members Wednesday in a letter that she would no longer serve as chairman. This comes after the board seemed primed to endorse the governor's tax plan, which, as is its modus operandi, the chamber has taken a powder on. The RJ's Steve Sebelius broke the story about the yes-we-will, no-we-won't endorsement, which LVGEA CEO Tom Skancke had told some lawmakers might happen.

Wrote Young: "I believe the angst between the senior teams of the Las Vegas Global Economic Alliance and the Las Vegas Metro Chamber of Commerce is not what Southern Nevada needs, and has become a distraction. Now is the time for solutions, not positioning within groups that should be on the same team. " 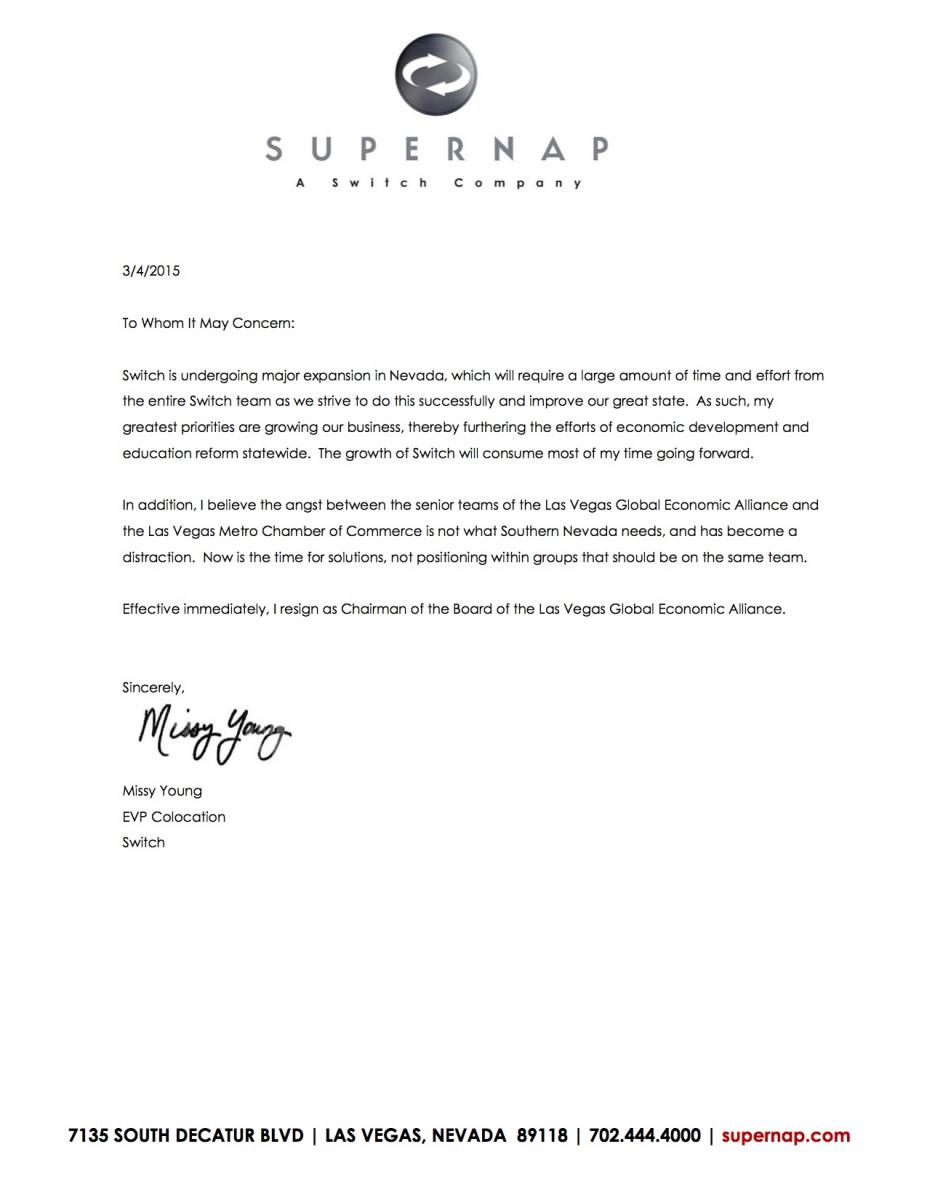 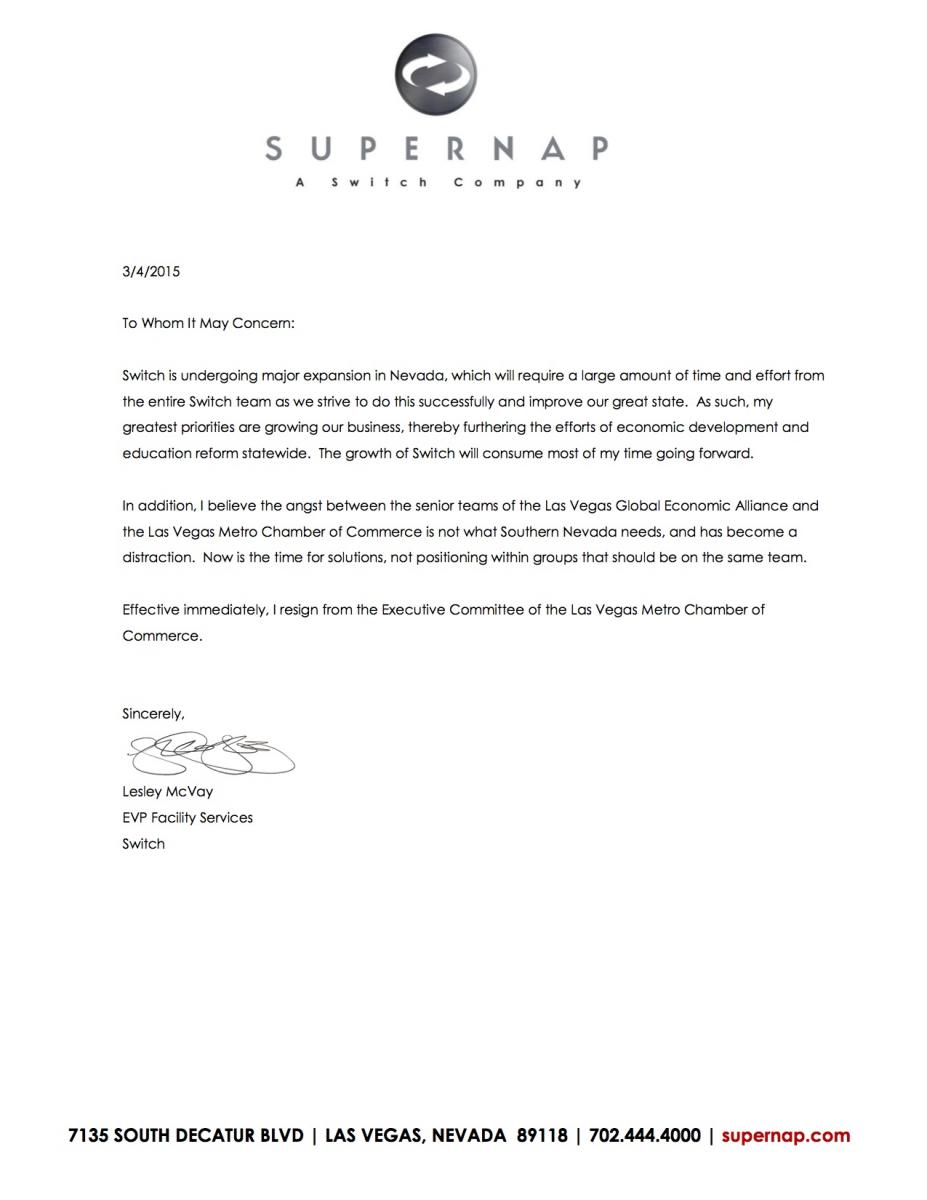