Steve Wynn in 1989: Take mining taxation out of the Constitution 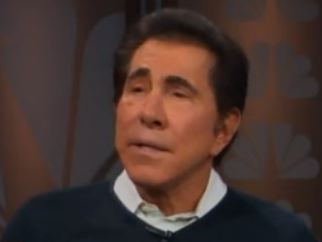 In rare testimony before lawmakers 24 years ago and in a mostly forgotten bit of history, Steve Wynn broke with the rest of the gaming industry and vehemently assailed lawmakers for keeping mining tax policy inside the Constitution.

Wynn's testimony, which I have attached here, sparked Circus Circus Chairman Bill Bennett to contradict him in a letter to the Legislature five days later asserting Wynn did not speak for the rest of the Strip. Ah, those were the days....

I have already told you what really happened in 1989 when lawmakers put a mining tax question on the ballot. It didn't raise much and capped mining taxes, too. Some victory.

I have discovered -- and refreshed my own recollection -- a lot more about that time, including the positions of arguably the two most influential gaming leaders of that day. The gamers generally have had a non-aggression pact with mining, singing the same "no industry-specific taxes" tune so they don't get theirs increased, either. They don't want mining raising the specter of a gaming tax increase, which is always popular. Hence, the uneasy marriage of interests.

But on Feb. 2, 1989, Wynn testified before the Senate Taxation Committee, immediately emphasized he did not represent the views of the Nevada Resort Association and then launched on mining and the Legislature.

"The mining industry has traditionally sort of been given a pass for some reason or another. I guess it goes back to the days when they were the bosses and they were the big business in the state. That was a long, long, long time ago."

"And S.J.R. 22 [of the 64th Session] came into existence with unanimous approval of both houses mysteriously, with no questions asked really,  no serious debate. And it (the resolution) said that the miners would increase, the handful of mining companies, would increase their tax share, but it would be capped, this  net tax would be capped, at $50 million. which was a very interesting thing to see."

"The reason I am here and I have this sense of urgency in my voice, is because I have a fear, that like other things that have happened in the state of Nevada recently, this is an attempt for one sector of the economy to insulate itself against its fair share: and I know what happens when that happens up here because you fellows always look to us. And you cannot allow that to happen, if you take some time to study it. This sort of thing has got to come to a halt. You have to take an intelligent, close, careful look at how you are going to face the future."

"(What) we should have done last year and which should be done immediately, is that we should remove mining from its special consideration to be treated like the rest of the businesses, like the rest of us in the State of Nevada."

"And for a member of the mining industry, or anybody else, to suggest that we have a pass-through tax, and for that reason they should not be compared to it, is a preposterous and ridiculous lnisstatement of the facts. There is no pass-through aspect to a gaming tax. We have not changed the payoff on blackjack from three to two, ever. Nor have we changed the odds on a crap table. What we have been doing is lowering the percentages on slot machines so that our facilities become more and more popular and can compete with lotteries. But there is no pass-through for the gaming tax: the hundreds and millions of dollars in gaming taxes that are doing the most to pay the freight around here."

"I am not here to deprecate. But when rhetoric is used to confuse the process of government, then it is time to get into something of a public debate. So I am giving you the other side of the story. This was a lousy piece of legislation from the 'get go.' Yes, it was right to try and correct the inequity of the taxes with regard to the mining industry, but I do not think we have done a very good job of it."

Five days after Wynn testifed and despite his seperating himself from the NRA, Circus Circus Chairman Bennett wrote to Senate Tax Chairman Charlie Joerg and began, "I am concerned that recent comments by a single member of the gaming industry may have left the impression that our industry is opposed to the passage of SJR 22 (the resolution that increased the rate of mining taxation but further limited the ways it could be taxed in the state Constitution)....Those comments by no means express the position of our company our other major companies in our industry."
Bennett goes on to express concern that the measure, supported by Gov. Bob Miller and passed unanimously by the 1987 Legislature, was needed to balance the budget. Oh, and he mentioned that SJR 22 also was supported by....the mining industry.
Bennett concluded,"Nevada may at some point in the not-too-distant future decide that tax policy should not be incorporated into our Constitution," but that should not "deter the immediate passage of SJR 22."
Not too distant future, eh? A quarter-century later and it's still there (lawmakers ignored Wynn and passed SJR 22). And gaming is still tacitly with its mining pals, except for the Las Vegas Sands?
There's a lot more than that, too, from 1989, which you can read about if you are a premium subscriber because I will post more evidence Sunday that shows just how many lawmakers, especially from Southern Nevada, voted for the measure in 1989 even though they believed it was inadequate. Some amazing stuff, so subscribe now if you have not.