The race is nonpartisan. But it became partisan.

With Anthony appealing to his GOP base, with the help of colleague, Bob Beers, a fellow stadium skeptic, Rogers, who ironically helped the GOP take the state Senate, returned to his Democratic roots. Team Goodman turned the tables on Anthony, sending mail to Democratic voters already predisposed toward Goodman, a Democrat turned nonpartisan.

And Rogers lowered the boom, invoking two Democratic bete noires -- Sarah Palin and Sharron Angle -- with a touch of "extremists" and Oath Keepers, too. The campaign's internals showed Goodman more than doubling her lead among Democrats -- up to 55 points! -- after the pieces hit.

Are these the faces that launched a second Goodman term? Quite possibly. 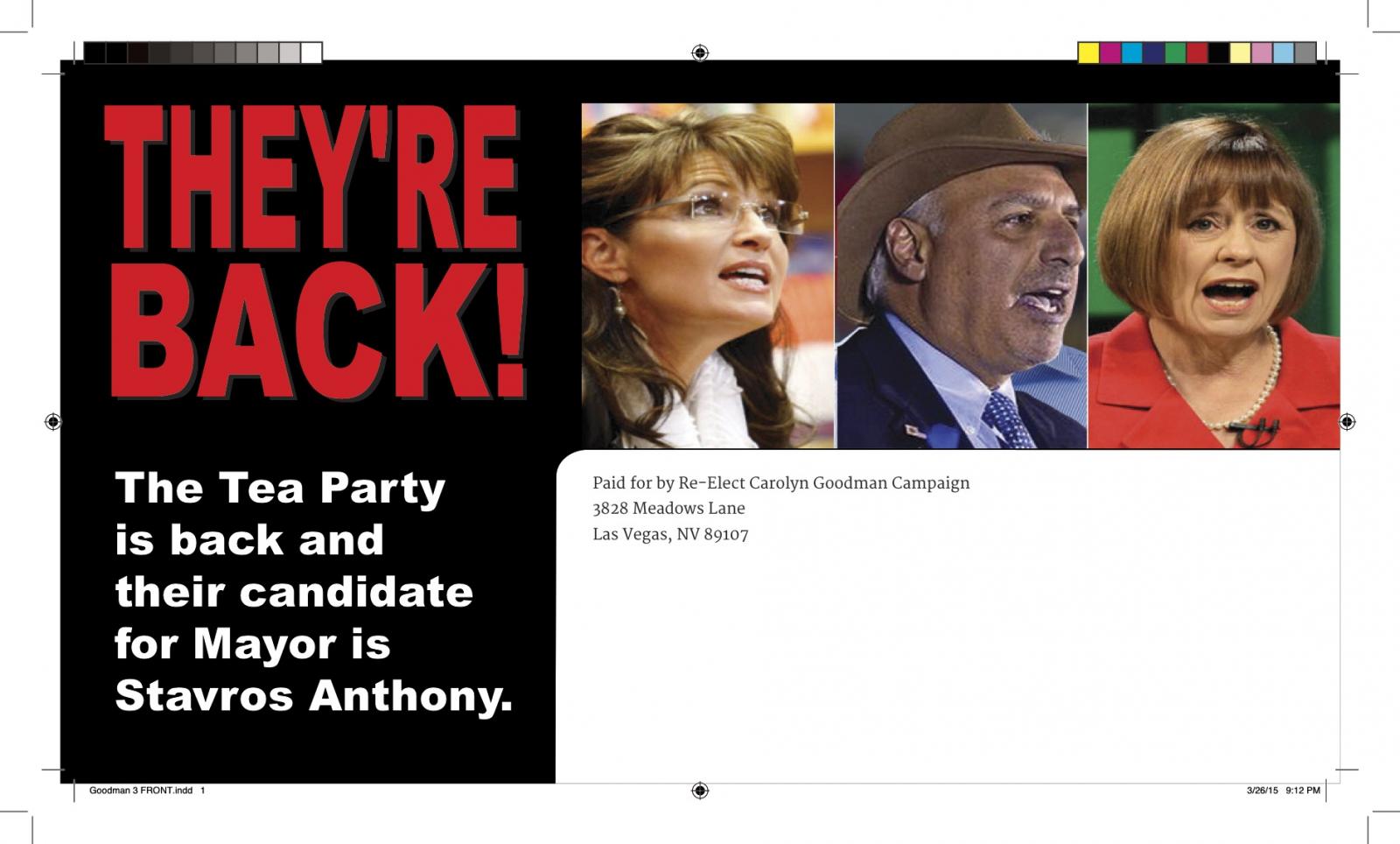 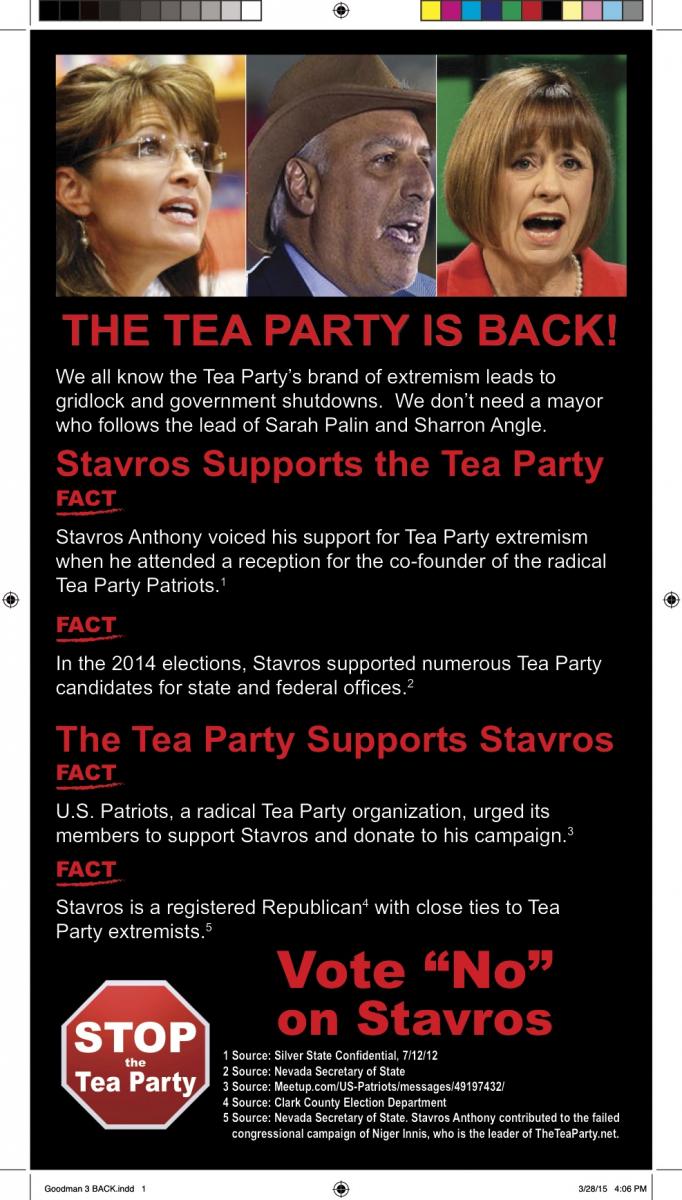 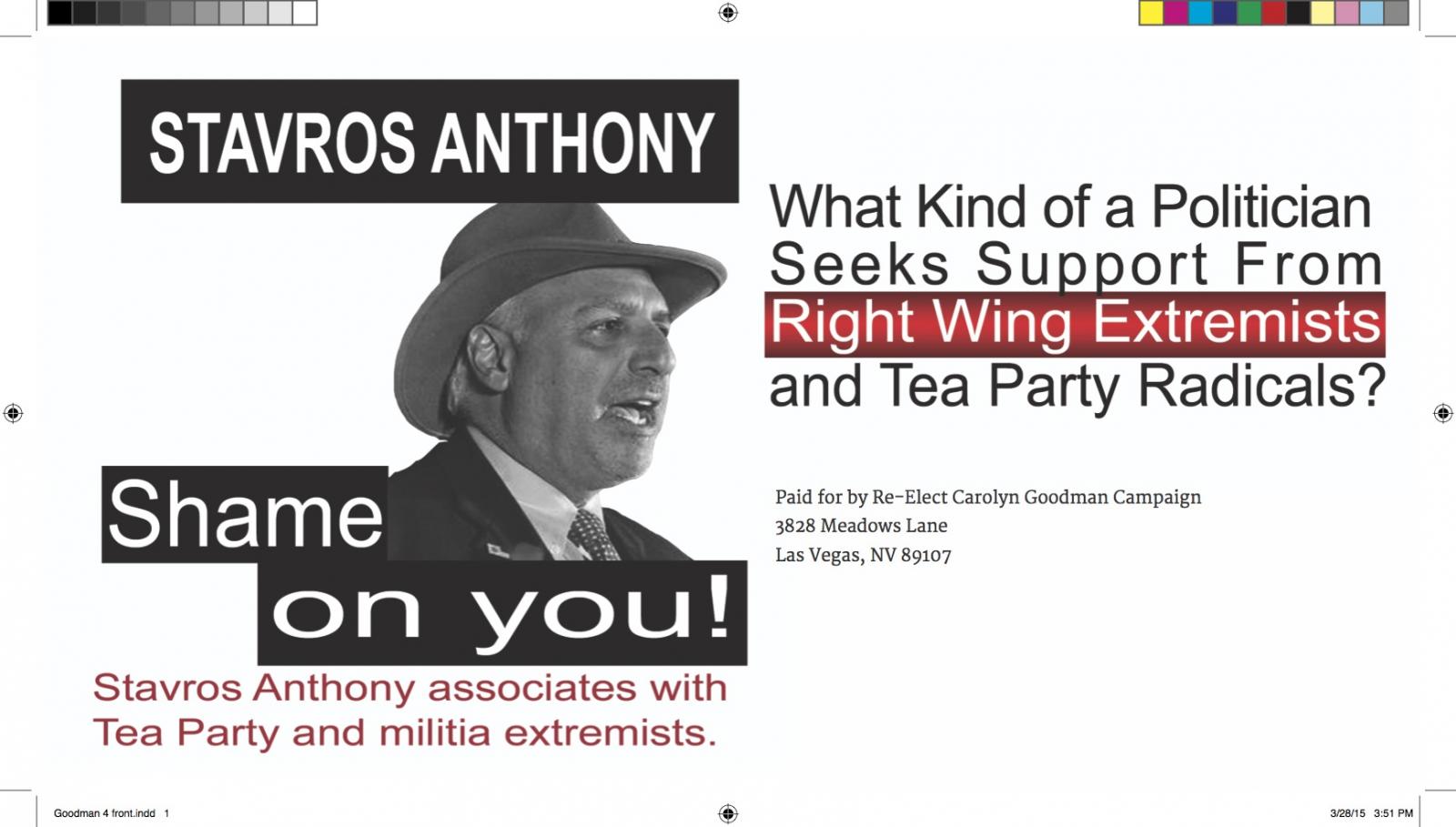 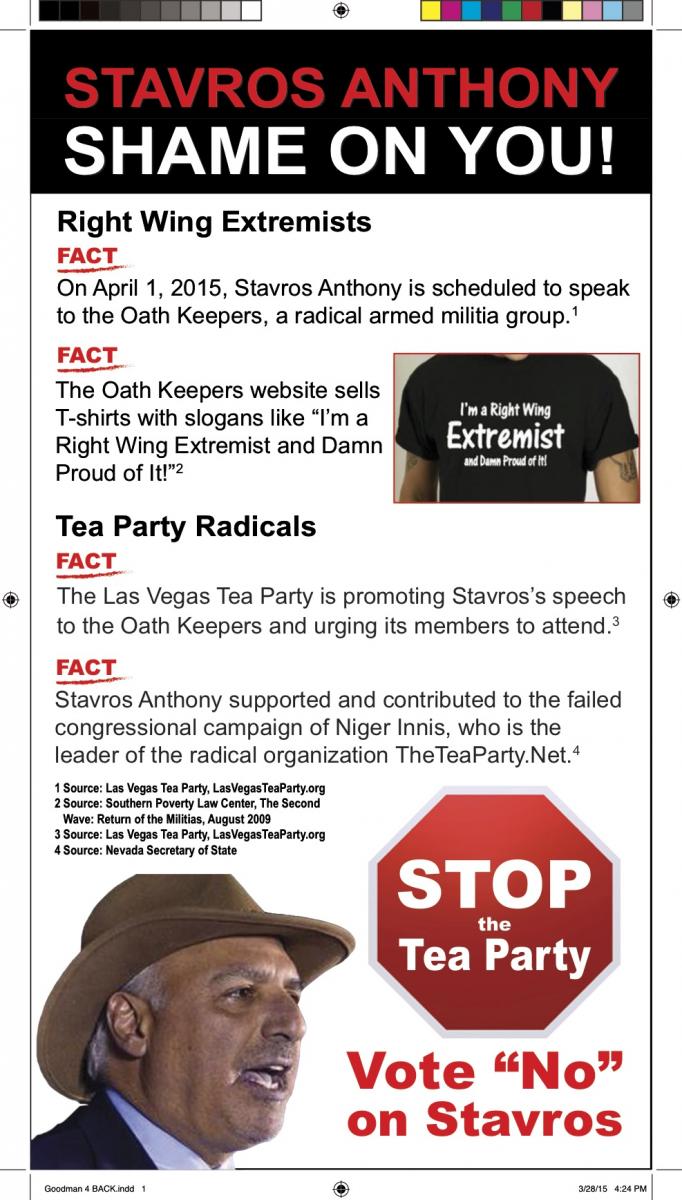