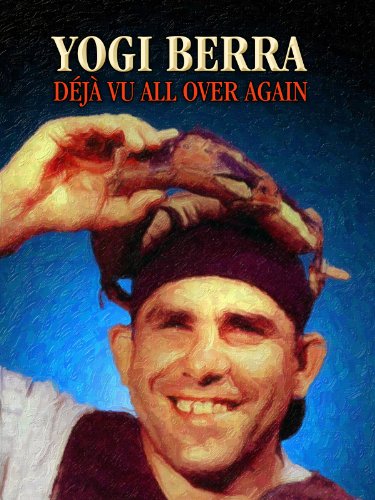 I wanted to believe Democrats, who talked about talking, had a plan.

I wanted to believe we might really get what we were promised – tax reform, a broad-based business tax.

As the Democrats have declared everything is on the tax table, they have not drawn up chairs and now have (again) allowed the session’s most prominent actor, Senate Minority Leader Michael Roberson, to drive the tax/education funding debate. Democrats will ascribe the most pejorative meaning to that word, saying Roberson’s announcement today of a 10 percent mining tax is more theater from a poseur who wants only to kill the margins tax or a marionette on strings pulled by businessman Monte Miller or Las Vegas Sands Corp.

I don’t buy it. I think Roberson is a different kind of legislator, one who has lobbyists and his colleagues (of both parties) flummnoxed and furious, sure his motives are ulterior but not sure just what they are -- or how many there are.

But even if they are right, that Roberson is strutting about the stage, so what? If he is following a script written by someone else and not himself, at least he has one.

The Democrats say they have a plan, but all I know of is an inchoate admissions tax proposal, with all the months-ago chatter about a broad-based business tax or a sales tax on services or tax reform disappearing into the ether during a session that will become famous only for the first expulsion in state history.

These folks easily expelled Steven Brooks, but they can’t seem to expel the ghosts of the past, the paralyzing phantoms of partisanship, paranoia and pusillanimity haunting the hallways.

Maybe Roberson could have been more inclusive when he first spring the mining tax plan. But the “if Roberson says black, we’ll say white” attitude from Democrats is pure petulance, imputing his announcement only to killing the margins tax the business community abhors (he has been open about that) and giving him no credit for going after mining (as some of them and many of their allies have long wanted to do).

Even if they think Roberson is a shameless grandstander, why not embrace his effort if they really want more money for education? Are they really going to say they are opposed to a mining tax? Are they going to claim they prefer a broad-based solution, which they have yet to provide and, my guess is, will not offer?

They have nothing to say, so they quietly whine about the process and the personalities.

I have mentioned before that many people in the building – Democrats, Republicans, lobbyists – don’t trust Roberson. That is his biggest hurdle – and it may be insurmountable. He is a bull in the legislative zoo, and the other political animals are not amused.

Why folks don’t think he is trying to rebrand the GOP while also killing the margins tax, helping fund education and perhaps taking the majority is beyond me. It’s a triple bank shot, but that is what he is up to. It’s the only thing that makes sense.

“I want people to start looking at the Republican Party differently,” Roberson said Wednesday. “We can’t be the party of no, no, no.”

But Democrats refuse to believe the Senate minority leader actually is after some kind of grand bargain, as he claims, one that includes, perhaps, Kirkpatrick’s admissions tax to help fund education now and his mining tax to infuse money if it can be put on the ballot and pass in November 2014 (see below for legal issues).

There are serious policy arguments to be had here. For instance, should education, despite a new stabilization fund, be subject to the vicissitudes of the gold and silver markets?

But that’s not what’s happening, with mining lobbyists accusing Roberson of political stunts and some wondering if this goes back to his memories of the industry’s environmental carnage in his home state of Kansas. But we’re not in Kansas anymore, and I fear these legislative wizards are no more real than Oz.

Speaker Marilyn Kirkpatrick and Senate Finance Chairwoman Debbie Smith remain two of my favorite lawmakers – a pair of dedicated women who care about policy and work as hard as anyone in the building. But Kirkpatrick’s occasional volatility and Smith’s apolitical nature may not make for the best pairing this time for ladies who are roommates outside the Legislative Building but have very different houses and very different approaches inside.

Yes, they still have 40 days to work with Roberson or not, to present a plan or not, to show that their talk was more than just that. But tempus fugit and we have been around the world in 80 days, ending up where we began: Nowhere.

The Democrats also run the risk of by their recalcitrance looking like they are protecting mining. If they think Roberson is simply doing this to try to become majority leader, they may become flies to his spidery web.

So here’s what I expect unless Roberson can work a miracle and get an alternative to the governor and put pressure on Gov. Sunny to rain on their parade (would he veto a mining tax?): They’ll cobble together something that does not reform the tax structure, does not raise much money and does not make much policy sense.

FALLING INTO THE LEGAL THICKET

Beyond the politics, there are serious legal questions surrounding putting an alternative to the margins tax on the ballot in the unlikely event that Roberson can get the majority party to buy in.

I chatted Wednesday with veteran legislative Counsel Brenda Erdoes, who has been advising Roberson on his tax plan. Here’s the gist of what she told me:

Once SJR 15 passes, the language in the Constitution excising mining taxation changes the options available to tax the industry. So a 10 percent net proceeds of mines no longer has to be defined as a property tax, she said – if it were, it would not be constitutional because of the 5 percent  cap.

This may seem counterintuitive to some – you are still taxing the value of the mineral. But they strategically are trying to make it simple and keep the local governments/school districts whole. Erdoes seemed confident the argument makes the new tax constitutional.

It’s really a matter of semantics – it could be called an extraction tax or severance tax because it is not taxing anything in the land.

As for the argument made by the secretary of state, attorney general and governor that no alternative is possible, Erdoes pushed back, saying lawmakers are on sound legal footing because of different ways a tax has been placed on the ballot before. She believes the governor would have to veto the alternative to stop it and lawmaker could override him.

That means it would have to be passed in plenty of time before sine die if they wanted to avoid pocket veto. Then again, lawmakers can now call themselves into special session to override him.

Wouldn’t that be a spectacle?

It goes without saying that the miners have different legal opinions on all of this and that some of the constitutional language here is opaque as can be. I only hope that we get to the point where the fascinating politics of this can dovetail with the equally provocative legal issues.