The state group trying to legalize marijuana has divorced itself from a national organization, which has set up a separate PAC in Nevada.

The split between the Coalition to Regulate Marijuana Like Alcohol and the Marijuana Policy Project began last November when the former filed a cease and desist order against the latter. (See below.) Then, earlier this year, MPP formed a separate PAC (with a similar name) from the Nevada coalition with the secretary of state. (Attached here.)

The schism has to do with -- what else? -- money. After receiving an early quarter-million-dollar infusion from MPP, the local folks believe that contributions meant for the Nevada effort were diverted to the national group.

“Other than verifying the authenticity of the cease and desist letter, the Nevada coalition has no comment on this matter," said NV rep Joe Brezny. "Ultimately, MPP is committed to supporting the initiative that was placed on the ballot by the voters of Nevada, and we hope everyone who supports ending marijuana prohibition will be able to work together to get it passed in 2016," said MPP's Mason Tvert.

It's happening in Arizona, too.

Can't see how this can be good for the legalization effort. 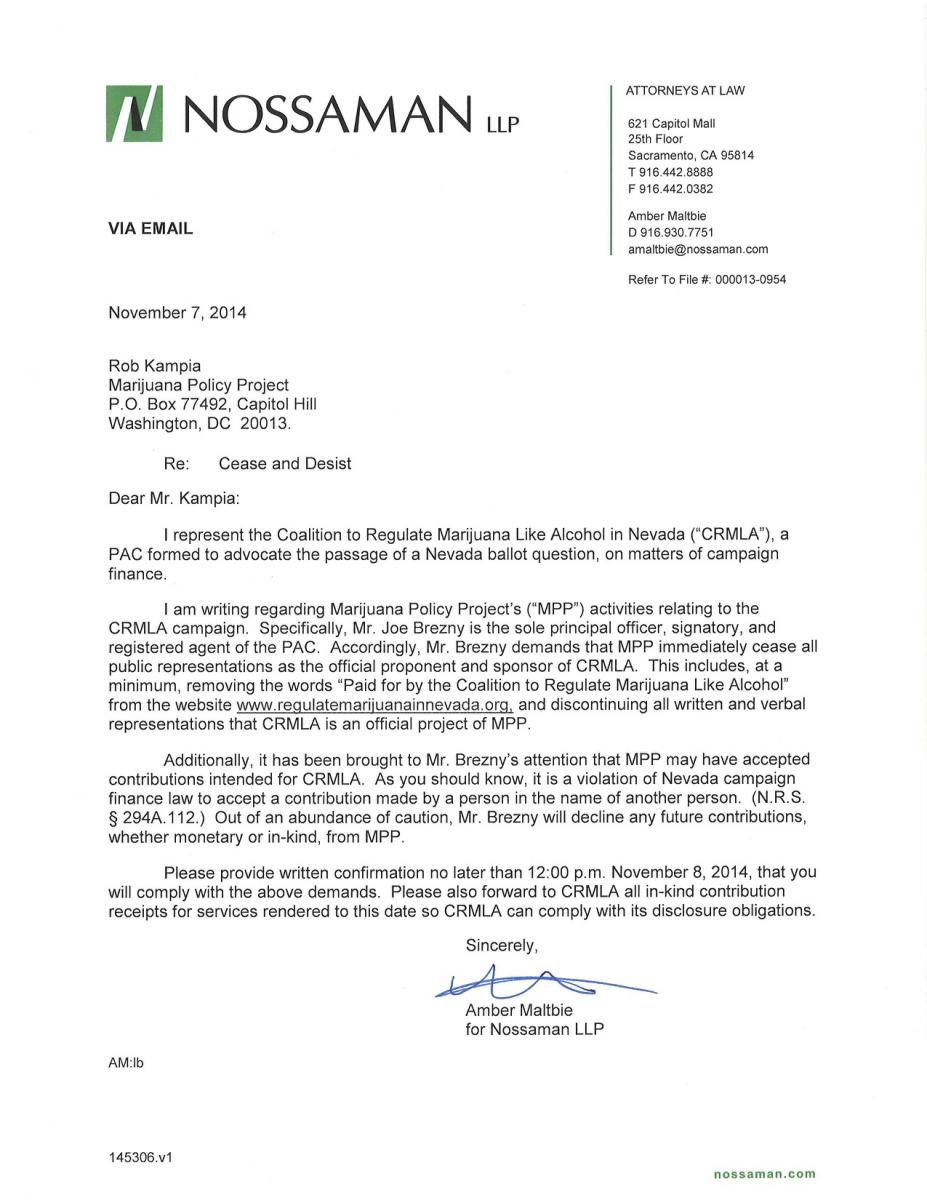