In case anyone hasn't received the message yet -- and I have no idea who you are -- state Sen. Mark Hutchison is The Chosen One for lieutenant governor.

In his latest fundraiser, a Dec. 18 event hyped today via email by his campaign, Hutchison has the three top Republicans, gaming types and the widow of a man who was very close to Hutchison's opponent, Sue Lowden. Yes, Dale Raggio, whose husband, Bill, once was on the board of Lowden's casino company and mentored her as a state senator, is on the invite, as his her close friend and former first lady, Dema Guinn.

(By the way, the Vegas event comes a day after a Reno fundraiser at the home of prominent lobbyist John Sande.) 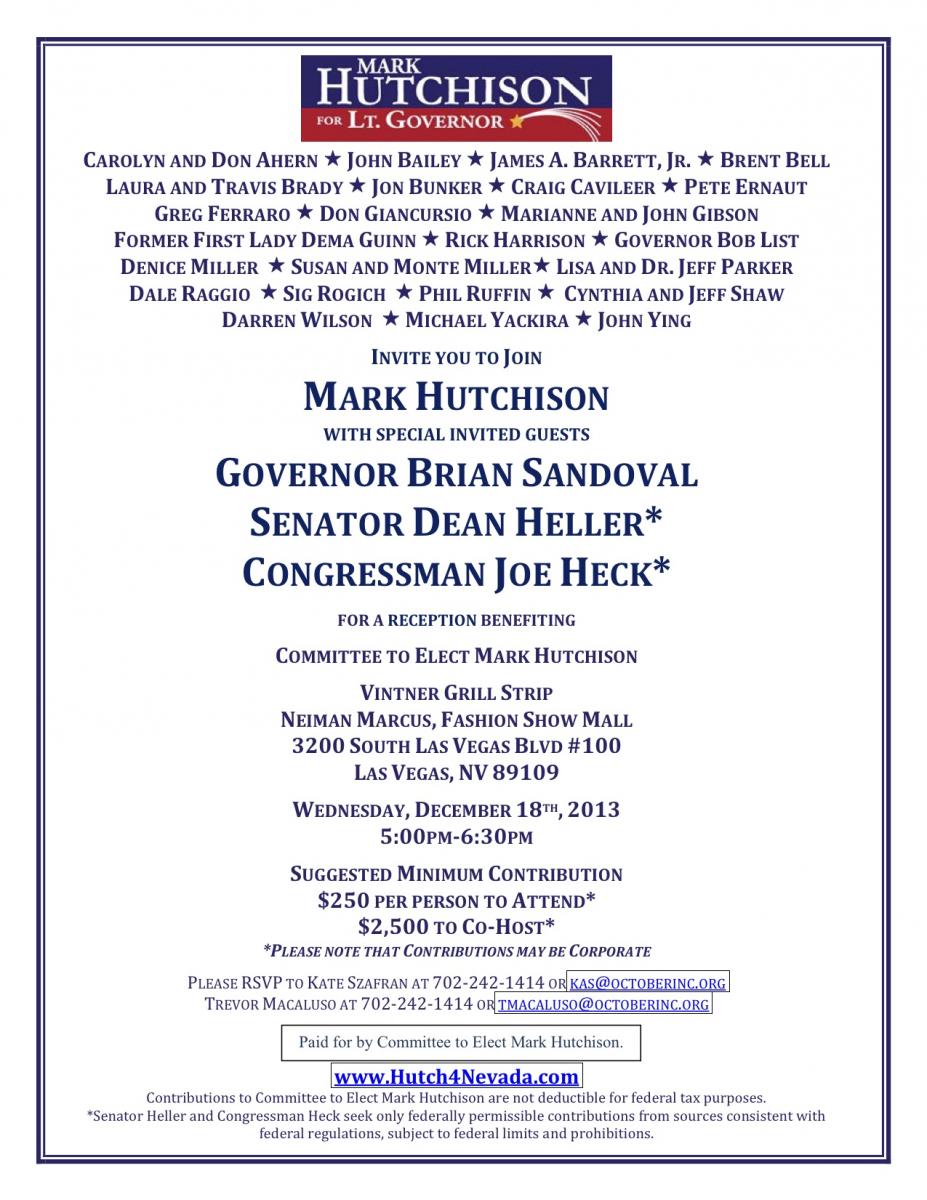