The Realtors PAC is starting its campaign season early, going after Democratic Assemblywoman Ellen Spiegel and Republican Glenn Trowbridge for voting against an HOA measure.

The mail pieces, which you can see below, refer to AB 359, which the Realtors considered an assault on homeowner rights and gave associations too much power with so-called super-priority liens. Getting rid of an HOA's right to extinguish a first mortgage was a big deal for the group.

The pieces are pretty brutal, even though the measure easily passed the Assembly and died in the Senate. 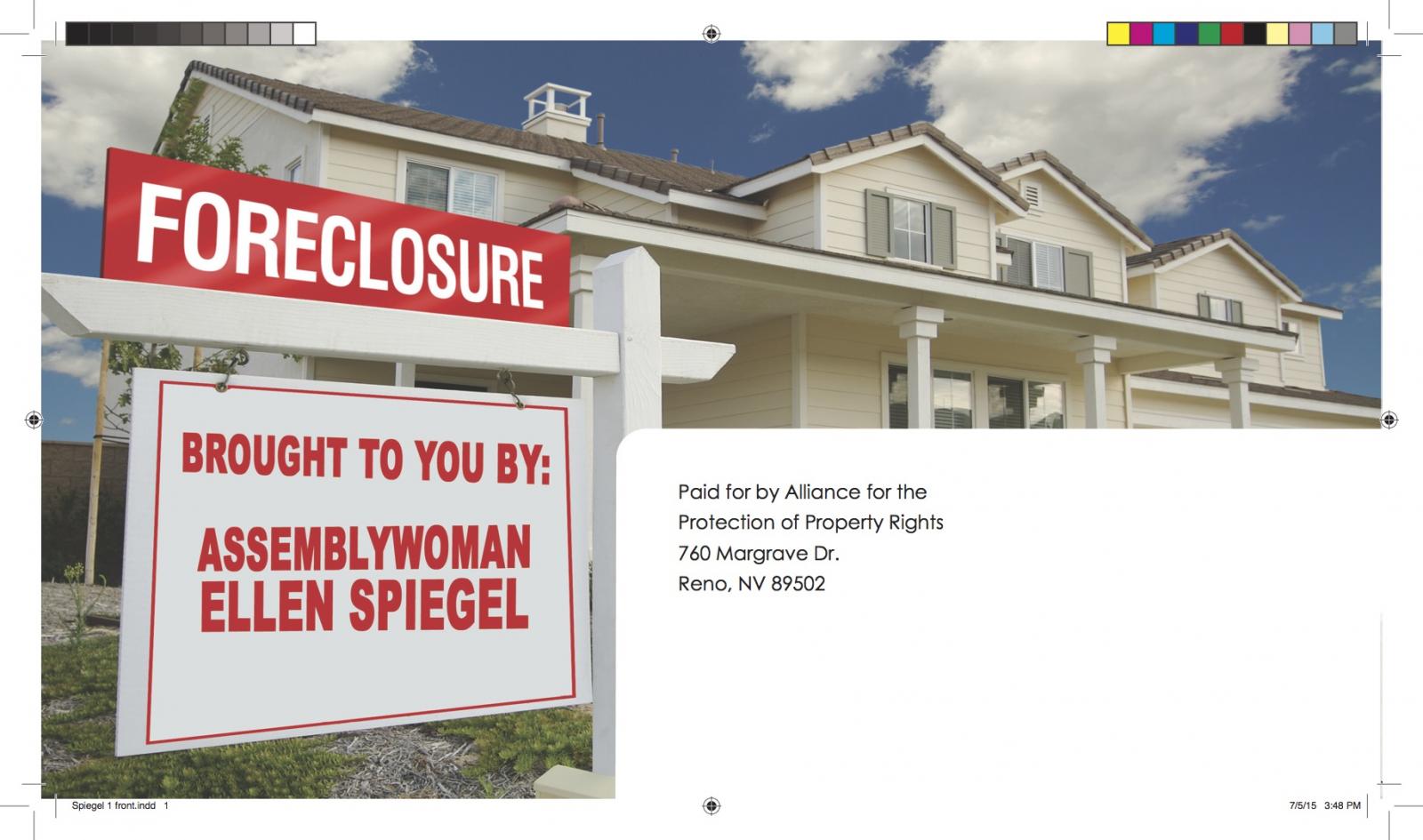 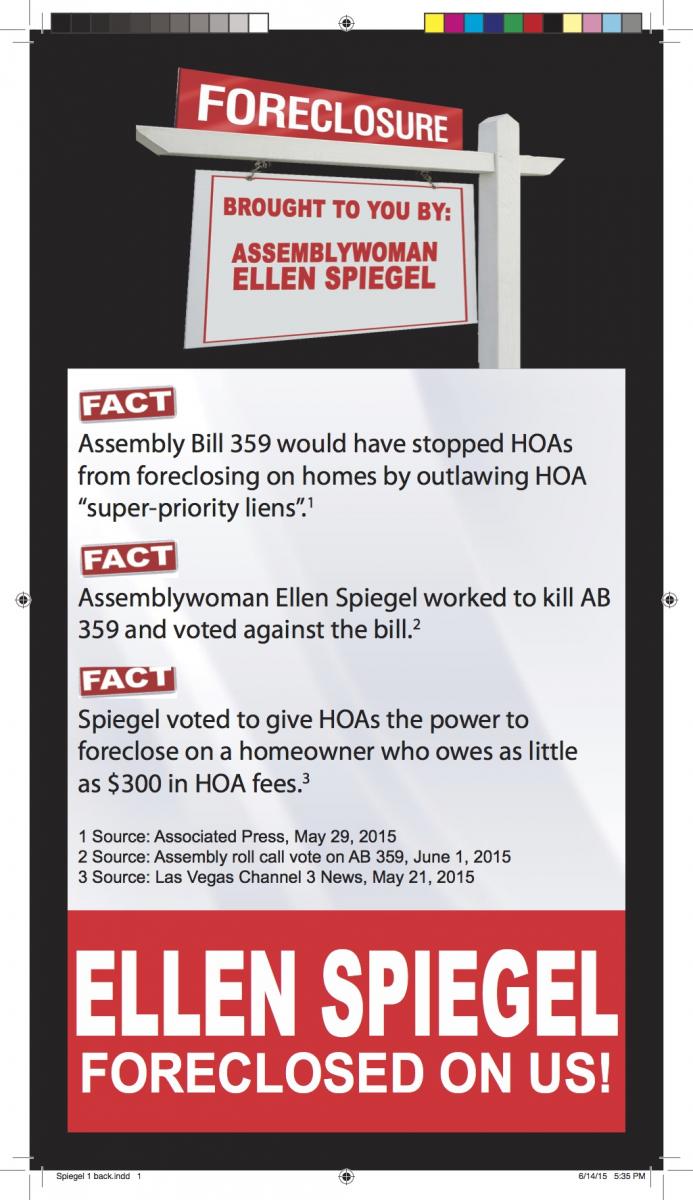 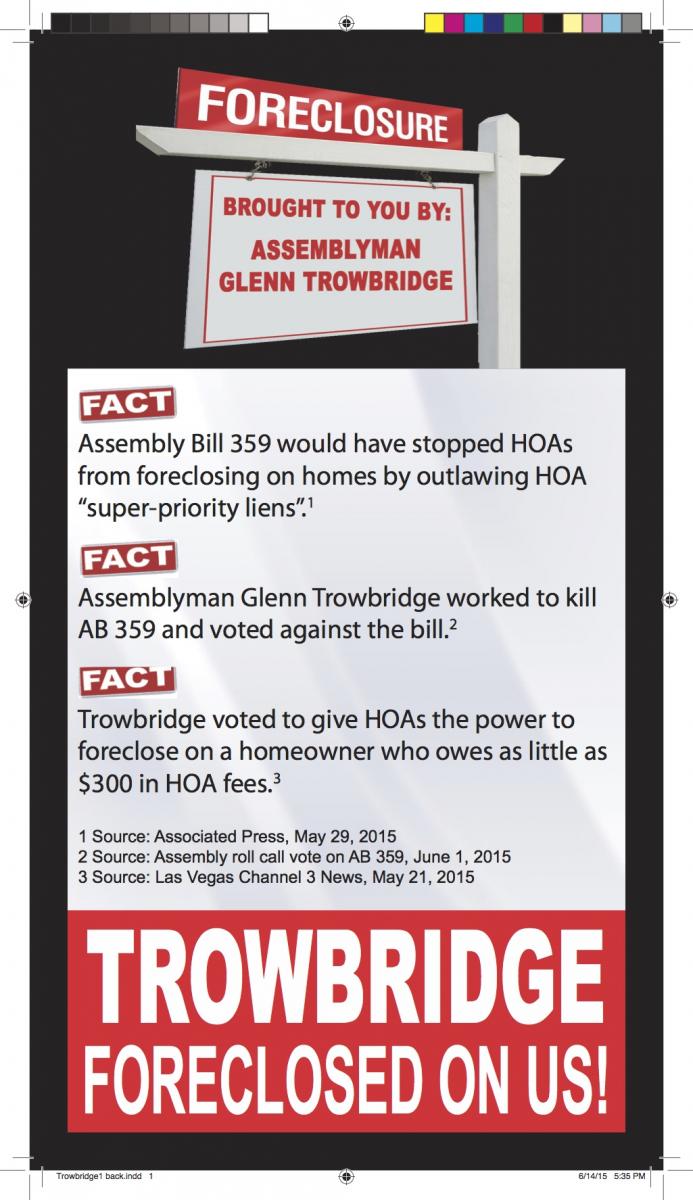