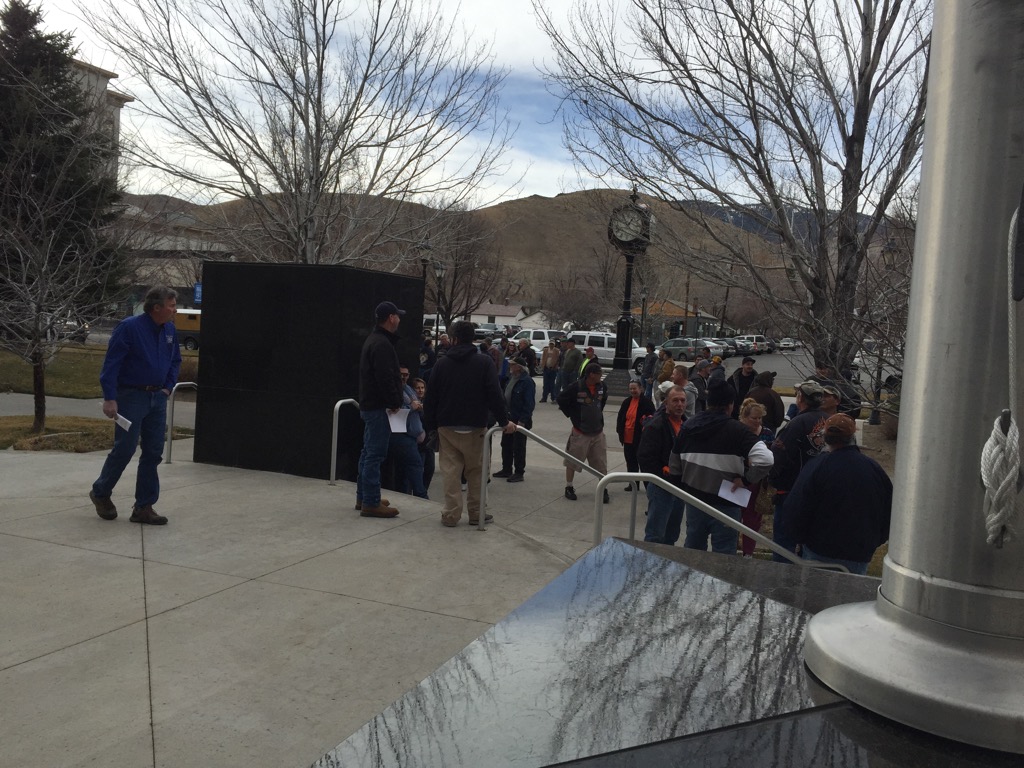 Spokeswoman Mari St. Martin: "The Governor made it clear in his State of the State address that he supports a school bond rollover in order to help provide Nevada's students with the best environment for students to learn. This legislation will be thoroughly vetted and possibly changed by the Legislature so he will not comment on its language until the final version, as approved by the Legislature, arrives on his desk for signature."

Or maybe it's the second partisan skirmish?

As I write this early Wednesday afternoon, labor folks are arriving at the Legislative Building to make their presence known on Senate Bill 119, the so-called "bond rollover bill." The concept, to accelerate school construction by allowing bonds to automatically roll over to keep the money spigot on, has broad bipartisan support, including the governor. Brian Sandoval talked about it in his State of the State speech.

But partisanship cannot be held at bay in this building. So depending on your point of view, the Republicans have either inserted a shamelessly ideological provision to exempt school building from prevailing wage laws or they are trying to increase how many buildings can be erected quickly by removing a union-backed layer of regulation.

This issue already had partisan overtones as the bill is sponsored by Becky Harris, the GOP rookie who ousted Justin Jones while remaining generally hidden from view during the campaign. The Democrats considered that a poke in the eye, especially since they have long backed the idea and brought it up during the Tesla special session. They also believe it is a slight to Democrat Debbie Smith, the mother of the idea and who is absent because of a brain tumor.

The Democrats: Why would Senate Majority Leader Michael Roberson not only pilfer their idea but now pollute it with a partisan codicil?

The Republicans: Why wouldn't the Democrats want schools to be buiilt faster, and why are they standing in the way because of their special interest friends?

As for the governor? I asked this morning. No answer yet.

I bet he doesn't want to wade into this partisan muck. But why would Roberson have done this without Sandoval's assent?

This hearing could be fun -- at least for journalists.