UPDATE: Five hours after I posted this, the "newspaper" did this. Interesting.

Even for the "newspaper," where journalistic standards are an oxymoron, this is a new nadir.

After reporter Ben Spillman reported on an interview with Rep. Joe Heck, who spoke to a Las Vegas Chamber of Commerce breakfast on Monday, the Las Vegas Review-Journal posted the story at 5:05 PM. (See screenshot below.)

The story was quite newsy, including Heck defending his vote not to end the NSA's metadata collection, his foe, Erin Bilbray, taking the opposite tack and concluded thusly:

Asked about his own son’s tweet that implied special insight into the raid that led to the death of terrorist leader Osama bin Laden, Heck abruptly ended a conversation with a reporter.

On Oct. 16 Joey Heck tweeted that his father’s committee deserved more credit than Obama for the raid.

“Obama didn’t make the call to kill Osama. ... That was the intelligence committee #iwouldknow,” the tweet stated.

When asked about the Intelligence Committee referencing tweet Heck ended the interview.

I have known Heck for quite some time, and I have never seen him lose his temper. But he clearly did with Spillman, who was referring to this story.

Ten minutes after the story posted, the RJ's DC bureau chief, Steve Tetreault tweeted a link, referring to Heck cutting off the interview.

One hour later, though,. as you can see from the screen shot and this link, the story was "updated" by....excising those paragraphs above. So what happened? I have asked Spillman, the editor of the RJ and Team Heck -- no answer yet, nor do I expect one, from the RJ. Heck's spokesman said he had nothing to do with the editing.

I wasn't there for the interview, so I don't know the circumstances. And I have already written that I believe families generally are off limits, but the nature of Heck's kid's comments were so incendiary that they were newsworthy.

But why would a newspaper publish the exchange with the congressman and then delete it? And why can't I find the story at all in the print edition? 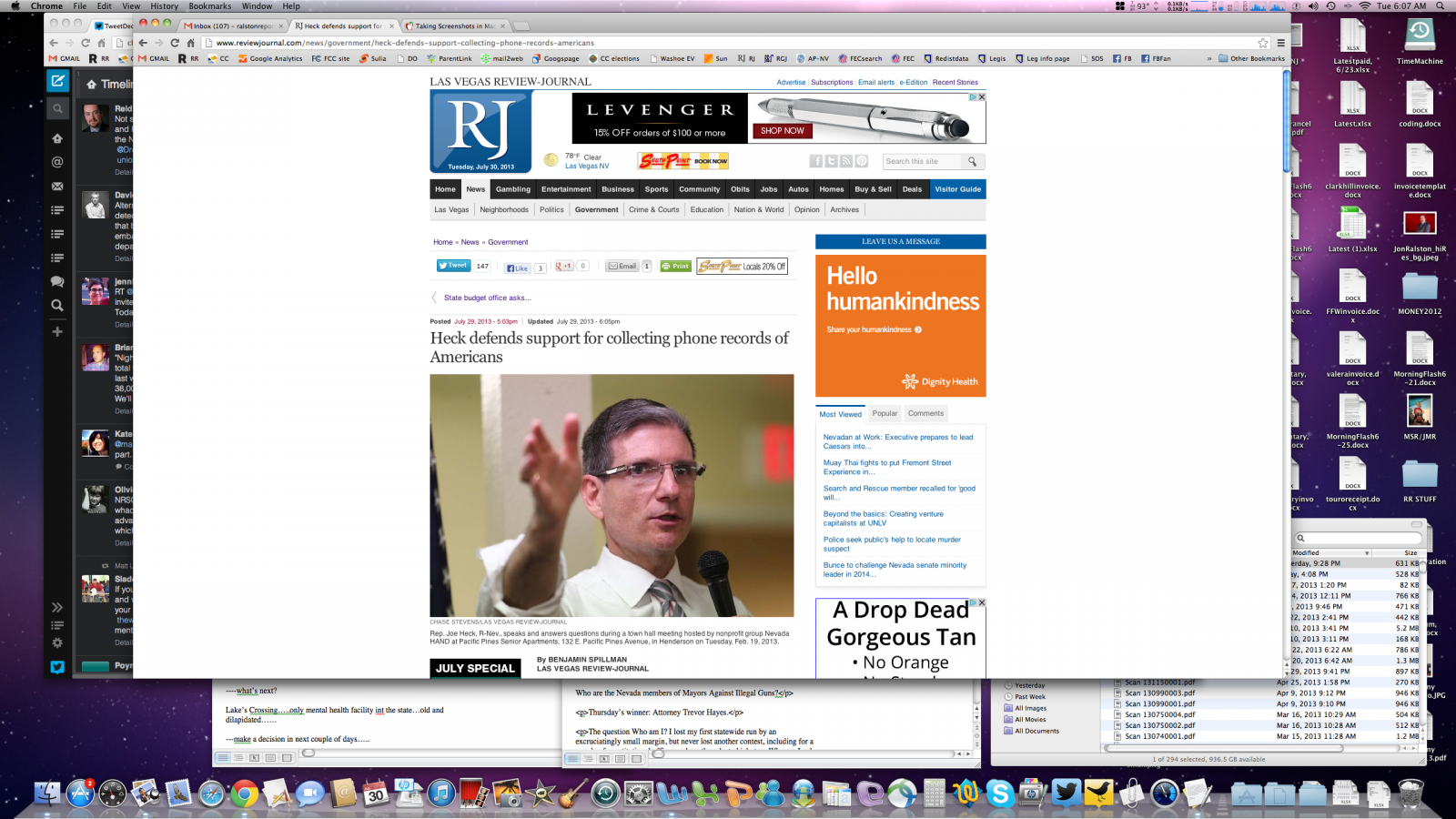