Conservatives didn't get everything they wanted in a new collective bargaining law. But they secured enough so-called reforms to embolden Clark County managers to make some changes.

Service Employees International Union officials have protested and found allies on the board: Chris Giunchigliani and especially Tom Collins, who has responded by comparing Chairman Steve Sisolak to Scott Walker. Sisolak said he is following the advice of Clark County Counsel Mary-Anne Miller, who said the county can suspend raises while a new contract is being negotiated.

State lawmakers have entered the fray, including two leaders with higher ambitions. Assembly Minority Leader Marilyn Kirkpatrick, who has evinced an interest in term-limited Collins' seat, and Senate Majority Leader Michael Roberson, who is all but running for Joe Heck's congressional slot, each requested opinions from legislative lawyers on what is permissible under the new law.

But Roberson went even further and obtained an additional letter on "whether it precludes a local governmen employer from implementing a salary increase provided for in an expired collective bargaining agreement (CBA) before a successor CBA becomes effective." The opinion seems to give the county some latitude but also points out: "It is well-established that the expiration of a CBA does not immediately entitle an employer to modify terms and conditions of employment that involve 'mandatory subjects' of bargaining."

You thought the battle ended in Carson City? No chance. It will be a long, hot summer, and this will come up during the campaign season.

An SEIU flyer and the legal documents are posted here. 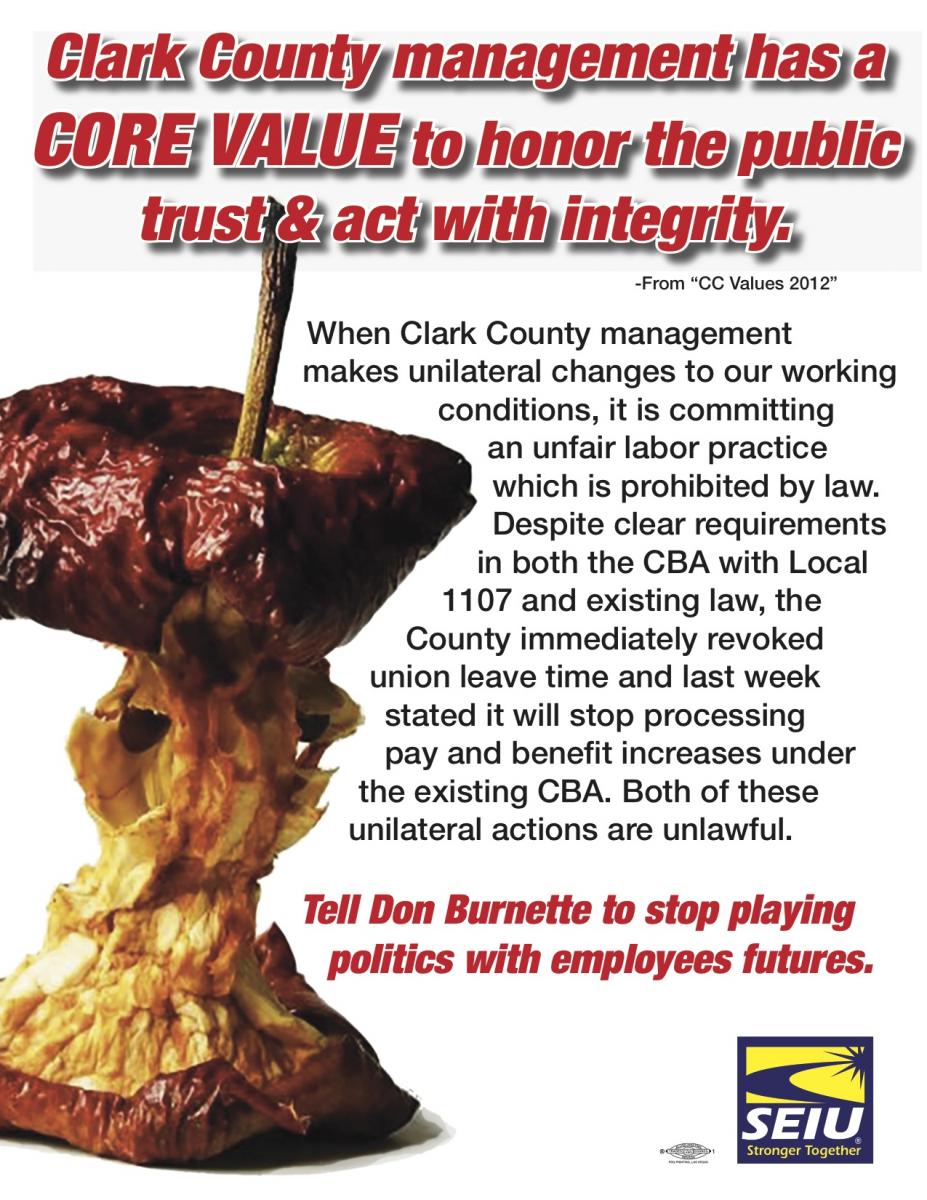