Is Michael Roberson a Democrat?

“More money for education and better healthcare,” the flier greeted voters in Senate District 20 this week.

Below the headline on the door hanger were bullet points about a candidate who sponsored “legislation to increase gold mining taxes to fund public education,” “supports class-size reduction and better pay for our teachers” and who “led the fight to expand Medicaid to cover 500,000 Nevadans.”

So which Democratic incumbent is using this traditional pitch to activate the base to vote for him?

“Michael Roberson isn’t your typical Republican State Senator,” the flier also says -- in one of the greatest understatements in the history of Nevada politics. And this is one of the more stunning general election campaign kickoffs I have seen in decades.

This flier was not just hung on Democratic doors, either. It was dropped at Republican and independent households, too, Roberson adviser Billy Rogers told me.

Having swatted away primary challenger Carl Bunce, who ran at him from the right and portrayed him a mushy moderate, Roberson is going full bore after the middle. His re-election bid is critical to the race for control of the state Senate; if he wins against prosecutor Teresa Lowry, he could become the majority leader.

The race could be very close. The district has 500 more Republicans than Democrats; there are nearly 62,000 registered voters in SD9, more than a fifth of them registered as nonpartisans.

Roberson and Rogers have long believed that some in the party have missed an opportunity to play up issues that voters, without regard to registration, truly care about. The mining tax – Roberson shocked the Carson City corridors last session by proposing a $600 million increase – is a nearly 80 percent issue with GOP voters. It’s just as strong with others, too.

Roberson knew that then; he knows it now.

In the flier, Roberson also touts his commitment to education (mentioning his wife is a teacher) and his dedication to get mining to pay for class-size reduction, English-language learning classes and literacy programs that will teach every child to read by the third grade. There’s also a line about boosting teacher pay.

Yes, not your typical Republican.

Roberson’s boast about having “led the charge to expand Medicaid” is slightly hyperbolic, although he was the first GOP lawmaker to back Gov. Brian Sandoval (also no ordinary Republican) on the issue.

And then this: “Roberson supports requiring insurance companies to pay for woman’s healthcare, including mammograms, cervical cancer screenings and birth control.”

Did I mention he is a Republican?

This door hanger surely will drive some of Roberson’s conservative critics into apoplexy. And it will also induce Democrats into fuming at his populist appeals, just as they did during Session ’13, especially because one of his goals is to tax mining but ensure other businesses are held harmless, or a reasonable facsimile thereof.

This is not the Michael Roberson who first ran in 2010, a typical Republican if there ever was one. He pounded incumbent Joyce Woodhouse as a big spender and regurgitated all the Norquistian talking points. This is the new Roberson, who will either be seen as changing out of political opportunism or evolving in a new political world.

Either way, the Democrats ought to be worried. 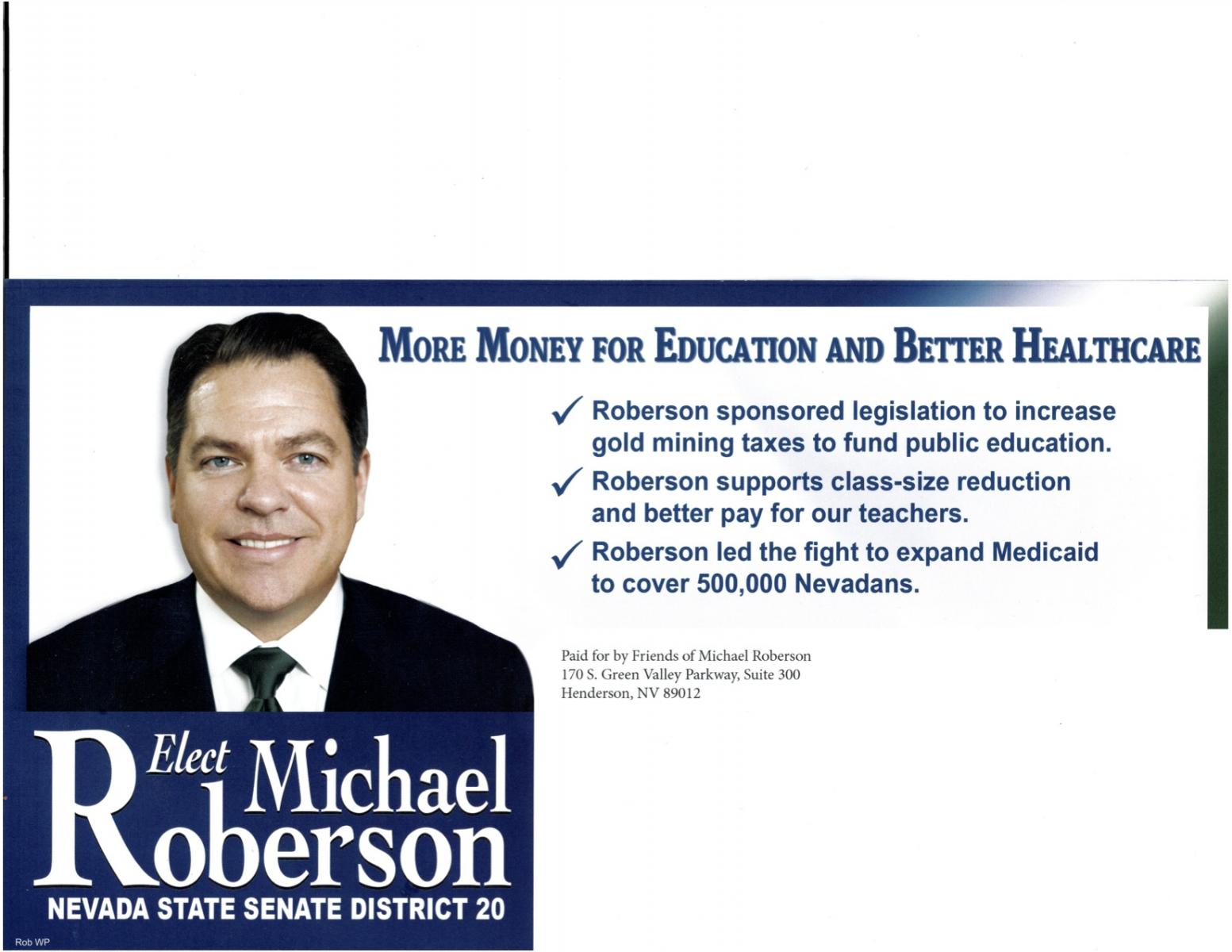 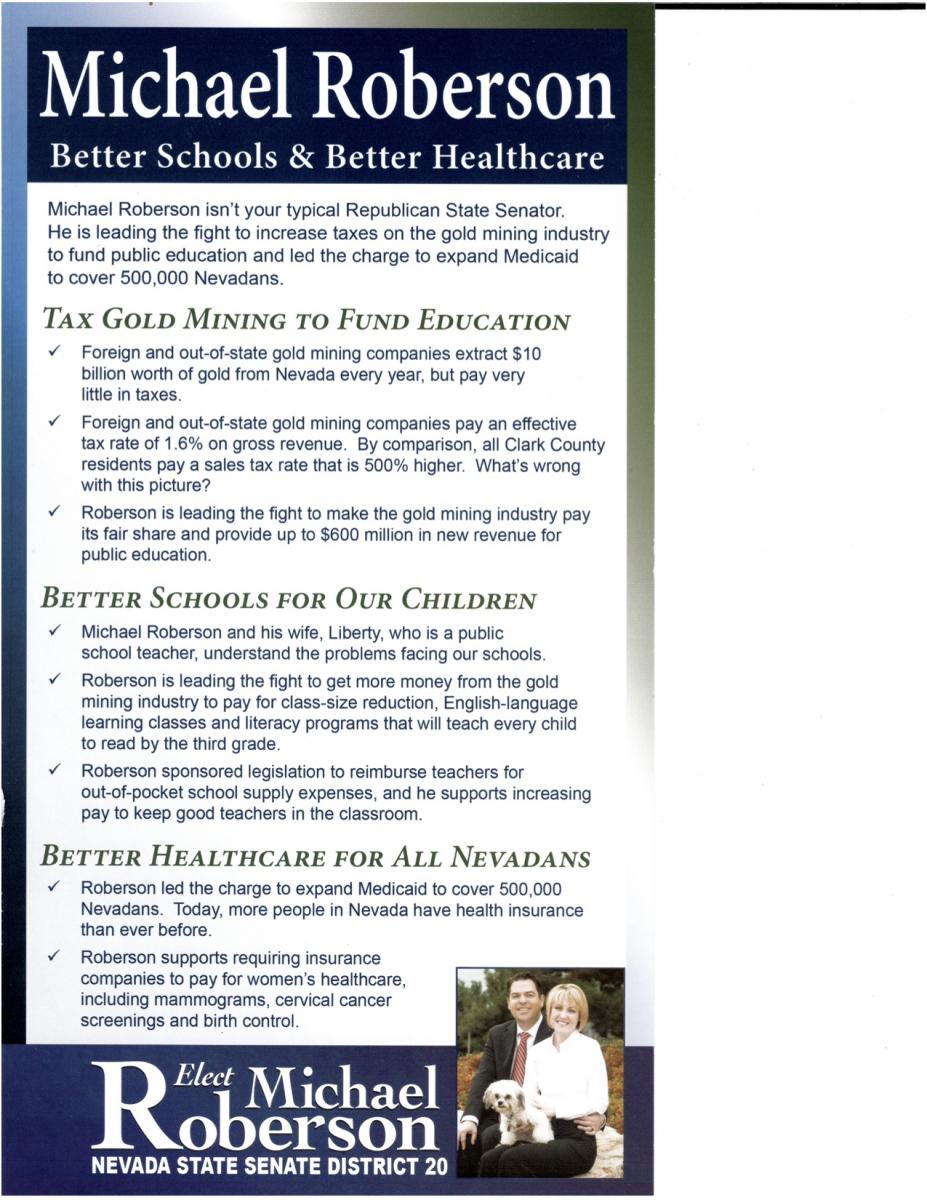