As the Senate leaders bitterly snipe at each other, Majority Leader Mitch McConnell is coming into Minority Leader Harry Reid's state to raise money for the National Republican Senatorial Committee.

With Reid's colleague, Dean Heller, headlining the "luncheon to celebrate a new Republican Senate Majority," McConnell will be the guest of honor at a casino-hotel owned by major GOP donors, Frank and Lorenzo Fertitta, whose names also are on the May 27 invite. Also on the list of hosts: Sheldon Adelson and Steve Wynn.

Not sure I have ever seen an invitation with the Adelsons, Wynns and Fertittas. This McConnell fellow must be a big deal.

One strange bedfellows note: Another GOP donor, Craig Estey, also is on the host committee. You may recall that Estey, who owns the Dotty's franchise, has been engaged in a long-running war with the Fertittas over the legality of his neighborhood slot enterprises.

McConnell: A uniter not a divider! 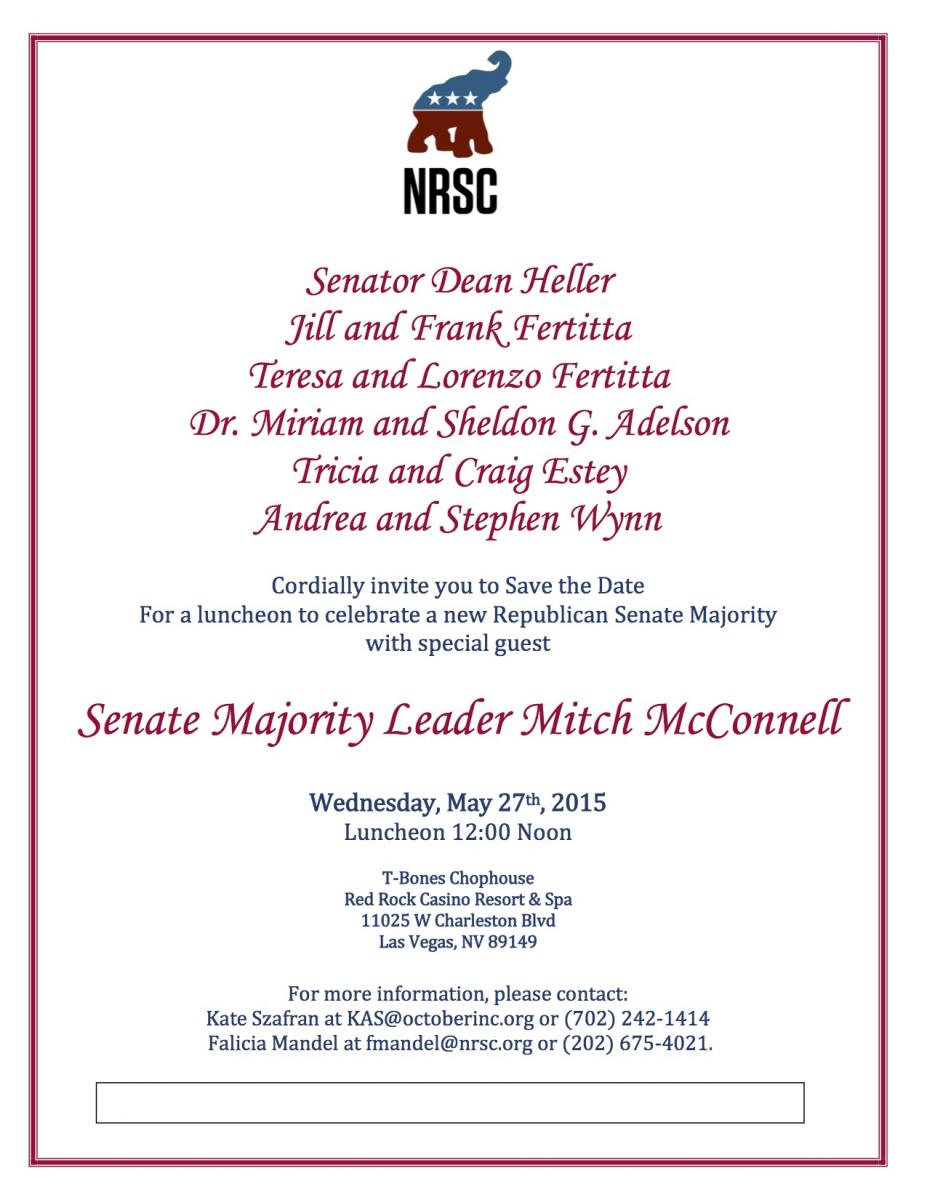