The Mad Men of the northern GOP: UPDATED 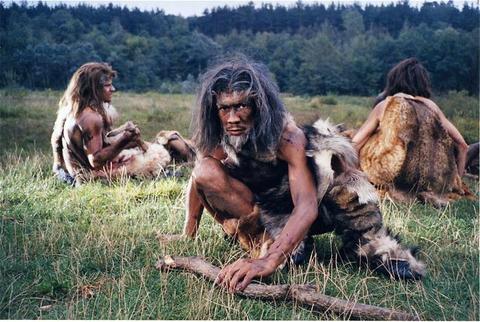 UPDATE ON 11/6/13: I received an email Tuesday from Jane Taber, the wife daughter of Washoe GOP boss Tom Taber, that said the following to try to distance the party from the radio show he hosted after much blowback, including the governor cancelling a party fundraising appearance:

I read your summary of a recent radio broadcast that included participants from the Washoe GOP. If you are planning to update your story, following are comments from from Tom Taber, chair of the Washoe County Republican Central Committee. All remarks included below can be attributed to him. Thank you, Jane

I am a lifelong supporter of women in the workplace. My mom had a full time career and she did a marvelous job raising my sister and me. I will continue to be a strong proponent of equality in the workplace.

Comments made by guests on "Nevada Matters: Conversations From the Capitol" radio show are not a reflection of the Washoe County GOP. The radio program is produced in panel format to encourage perspectives from Nevada voters and public officials on both sides of the aisle. It is not affiliated with the Washoe County Republican Party, and the Washoe County GOP is not responsible for its content.

I wonder why Taber didn't say any of that when he and his pals were chatting on the radio last week.

I thought it might have been a Halloween parody. Maybe these folks were just dressed and speaking as cavemen. They were joking, right?

Ordinarily I wouldn’t spend this much time listening to talk-radio. I’d rather do something more pleasant, like stick needles in my eyes.

But I had heard embattled Assemblyman Jim Wheeler would be on, so I was curious. Besides, it was run by high-ranking officials of the second-largest county GOP in Nevada.

As part of a two-hour discussion that ranged from soporific GOP boiler plate to a stirring defense of the aggrieved Wheeler (liberal media, blah, blah, blah), the participants engaged in a colloquy that would make the world of “Mad Men” seem enlightened.

It often was difficult to discern who was speaking, but I did the best I could while transcribing. It began with a dissertation by Seamas, who had read a Wall Street Journal piece about the dropping rate of male employment. He mentioned that women “are getting more degrees these days…”

And then he launched:

“There is a cultural issue. I’m of the opinion that many of – and I need to be careful how I phrase this – there are a lot of social conditions, a lot of social changes, that have occurred in the last 50 years and they parallel women leaving their home occupations as mothers and homemakers and entering the workforce….While I don’t deny anybody’s rights to pursue their dreams regardless of their sex…the reality is there is a special role that women take on, biologically, as the bearers of children and the nurturers of children. I don’t know that we haven’t created problems in society by ignoring that important role. ADD and various learning disabilities, hyperactive kids, kids building bombs in their garage.”

Those damn working women! They are leading to children who can’t learn and then become terrorists!

I expected someone sitting there, with an IQ in triple-digits and a conscience, to confront Seamas about this nonsense. But, quite the contrary.

Barnhill, who is going to school at UNR, lamented the “moral decline” and how “the career seems to be more important” to women who “throw a child in day care.”

A few minutes later, Taber wondered: “Does it matter whether the mom is at home or the dad is at home?”

Came the resounding chorus: “It does!”

And this from a male voice I could not identify: “The mother is more nurturing. A man can’t be nurturing.”

Rush added that “its not in (a man’s) nature…When raising a child, their disciplinarian side kicks in, the testosterone kicks in.”

Well, I can tell you, while I was raising my daughter, I could barely contain my male rage as I let her have a car and was way too lax on the punishment side. Perhaps I need to check my levels?

Another male voice, continuing to make me fear for the youth of America, intoned that he had just read about an FBI study that indicated 40 percent of domestic violence incidents were perpetrated by…women. “So it’s not just the men against the women. Women are not always more nurturing."

Yes, what are we as a society going to do about this plague of wives beating husbands?

One of the men then talked about a scene that horrifies him on a regular basis when he is out to dinner and sees a young couple: “Invariably the young girl reaches for the check and pays the bill.”

Talk about scarier than anything you will see on Halloween!

As I continued to listen – and Wheeler was quiet during this discussion – I wondered what would happen if someone brought up gay marriage. Can you imagine?

The Washoe GOP radio show. They’ll be there all year.