Patty Cafferata, the former treasurer and daughter of the late Rep. Barbara Vucanovich, and Leslie Raggio, whose father was the late legislative legend Bill Raggio, are on the Dec. 5 invite (see below) at the Siena. David Colvin, who invested in the property after winning $158 million from Microsoft, also is on the invite as is developer Perry DiLoreto.

Obstreporous Assemblyman Ira Hansen, never one just to go along, and ex-Assemblyman Ty Cobb, ousted by Ben Kieckhefer in 2010, also are on there as is ex-Judge Steven Elliott. Another notable name is Amanda Collins, the rape survivor who testifed in Carson City for the campus carry bill sponsored by another Lowden backer, Assemblywoman Michele Fiore.

Also on the invite: Longtime gamer Ferenc Szony. Take a look at the list of folks not going along with the anointment of state Sen. Mark Hutchison: 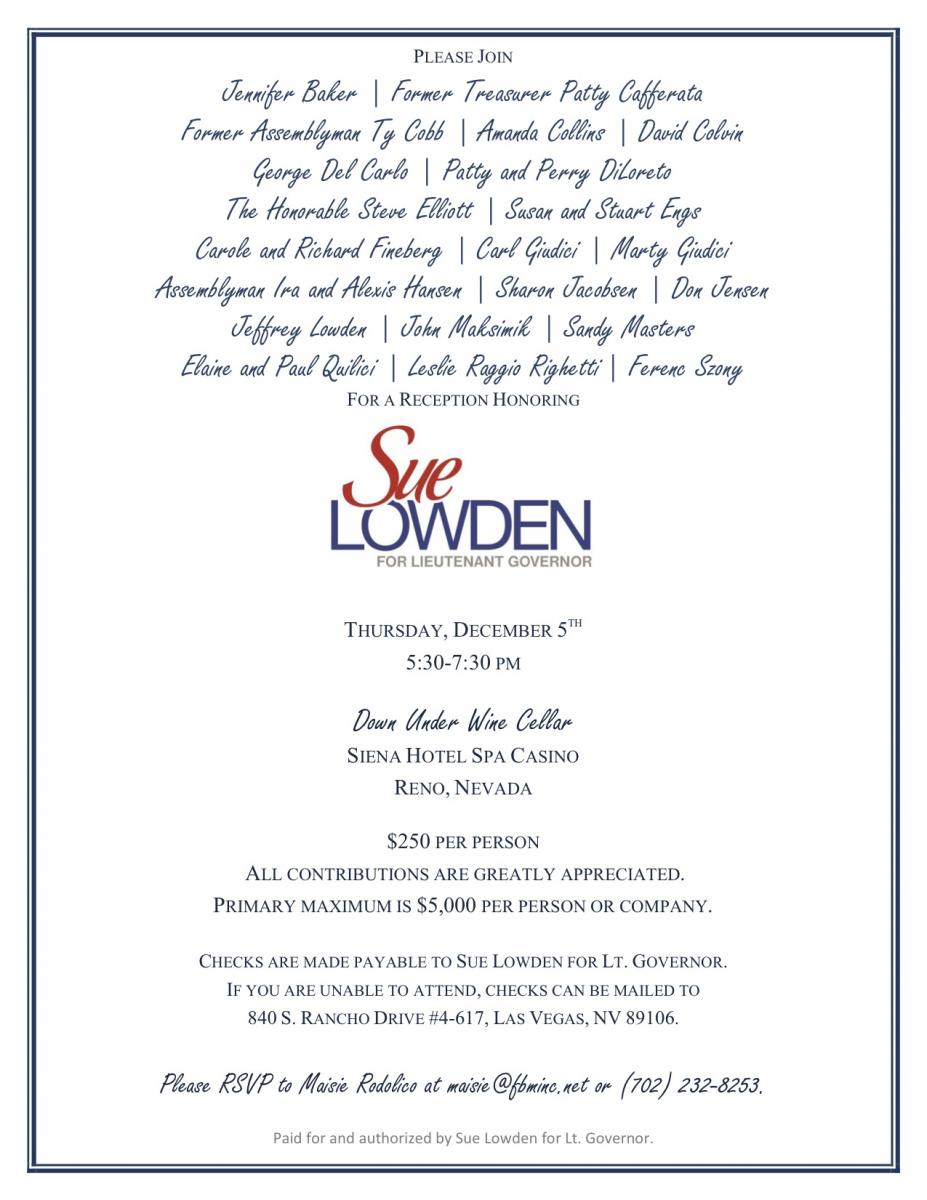