Laxalt wrote glowing self-evaluation but committee's view was much different

Two years ago, Adam Laxalt thought he was a superb lawyer with amazing analytical and writing abilities. His colleagues thought otherwise.

In a self-evaluation he filled out in 2012 for his law firm, Lewis & Roca, Laxalt labeled his skills as either “exceeds expectations” or “outstanding.” He bragged about his ability to “demonstrate solid grasp of basic legal concepts” and “draft clear and concise written work that is free from errors of grammar, usage, and spelling…” His colleagues thought otherwise.

Laxalt thought he was “outstanding” developing and servicing clients and that he was able to “inspire confidence and trust.” His colleagues thought otherwise.

I have already told you that his first evaluation was a disaster. But I have also obtained Laxalt’s self-evaluation, which as the committee mentioned is completely out of sync with theirs. In other words, his view of himself did not jibe with how he was seen inside the firm.

I have attached Laxalt’ self-evaluation here as well as key documents from the individual evaluations from the reviewing committee (I have redacted client names.). The latter includes observations from committee members that were almost uniformly negative with occasional positive snippets sprinkled in:

►In a commercial lease case, Laxalt “misconstrued” language resulting in erroneous analysis and “misconstrued” the outcomes of cases cited by the opposing party.

►His writing skills were deemed “unacceptable” and if it were his “‘typing’ skills that are the problem, there is Spell Check for that. But, time and again, he has chosen not to use this technological function.”

►In addition to being technically very bad, Adam’s writing is substantively quite poor as well. He doesn’t understand the legal issues or how they relate to the facts involved, so his written analysis does not make sense.”

►His judgment is “a concern” and “questionable.”

►“Adam struggled. When there was no legal authority directly on point, Adam had a hard time indentifying and extrapolating from more general principles. His writing was also wordy and inadequately structured.”

►“Adam’s final work product was good. However, it took him a long time to get there….tends to make an issue more complex than it needs to be….I ended up having to supervise and revise much more than I expected.”

►“He has a strong desire to work, but his skill set have not meshed….”

►“Adam has a great attitude….however, Adam either gets side-tracked on other issues or does not fully understand the assignment and spends time on irrelevant issues.”

But most of what is in this packet is stinging. “I found myself having to babysit projects more than I expected,” said one member.

The most negative reviews came from Joice Bass, a partner in the commercial litigation department. Joel Henriod, a member of the firm’s Appellate practice, also raised questions about Laxalt’s abilities. A couple others said he had the potential to improve and noted the difficult transition from being a JAG lawyer to a regular civil practice.

As for the notion that Laxalt has never seen the evaluation, there is an email that refers directly to the conversation when Laxalt received the news. Laxalt is described as being “anxious to have his review. Given the negative reviews and lack of positive reviews, this realization was not well received….”

It’s also apparent that a decision within the law firm had been made, despite the review, to keep Laxalt on but that some remedial training was necessary. “Adam seemed OK with that approach, although he was unhappy that he was being held back and did not get a bump," the email said.

I am surprised the Laxalt campaign statement didn't point out that firm is supporting his opponent, Ross Miller, or that a partner hosted a fundraiser this week, complete with other Laxalts and Lewis & Roca lawyers. I'm sure that's coming.

It will be fascinating to see how killing the messenger will work as Laxalt tries to right the ship. 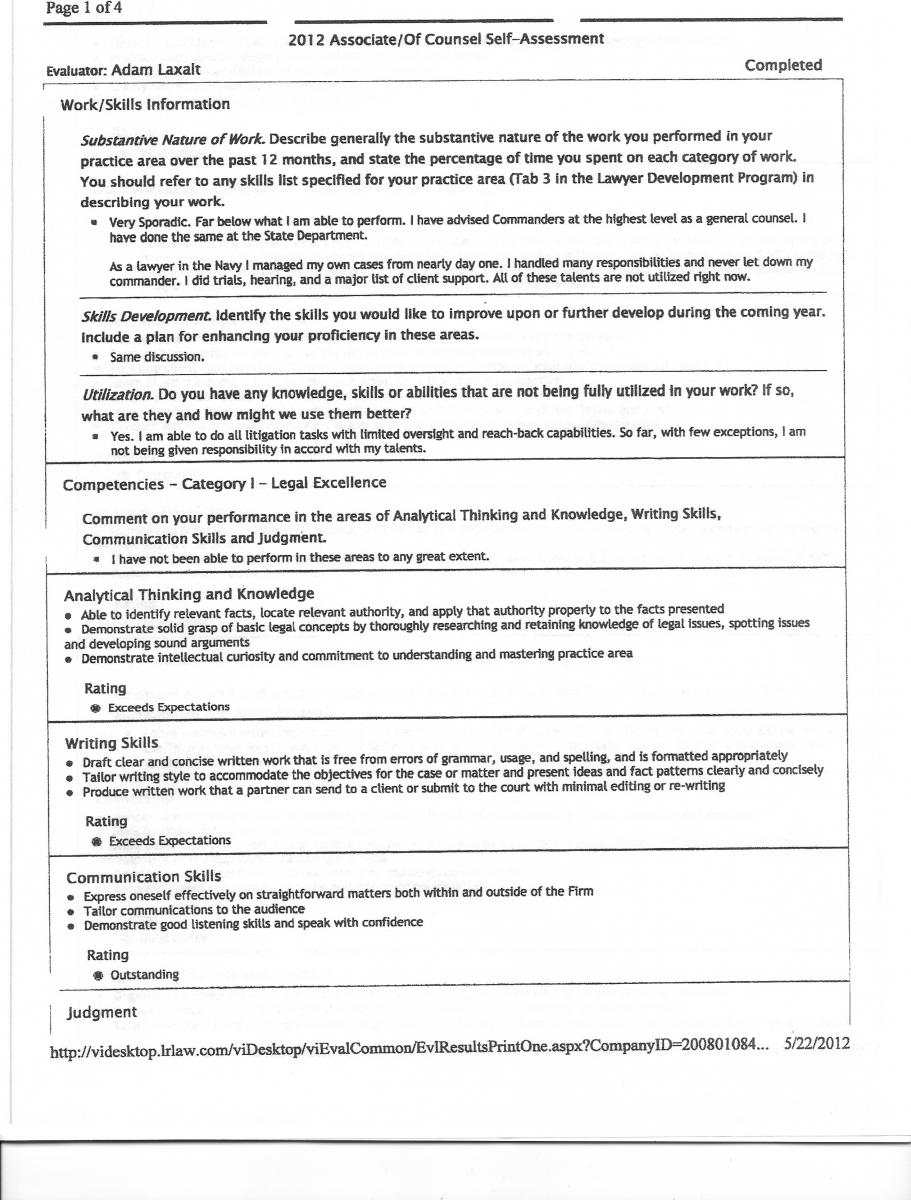 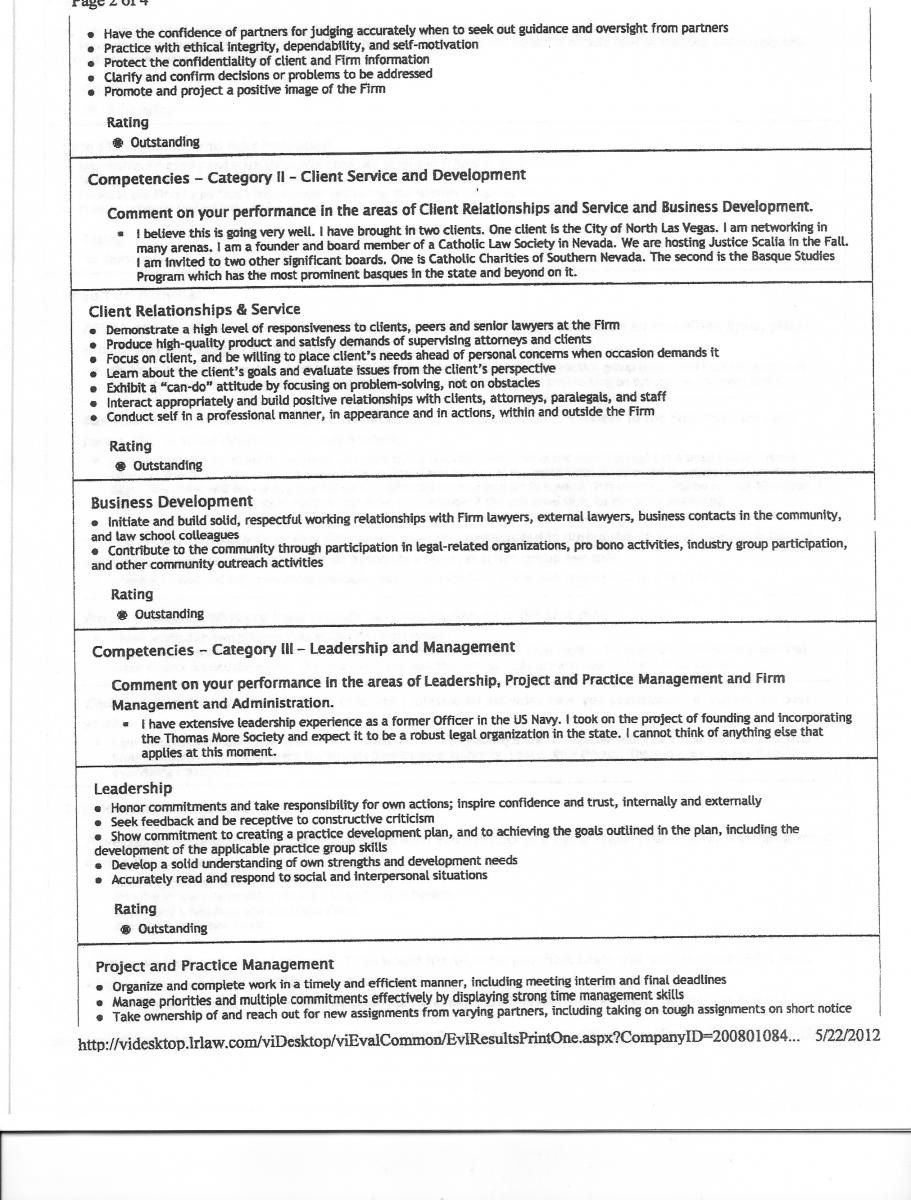 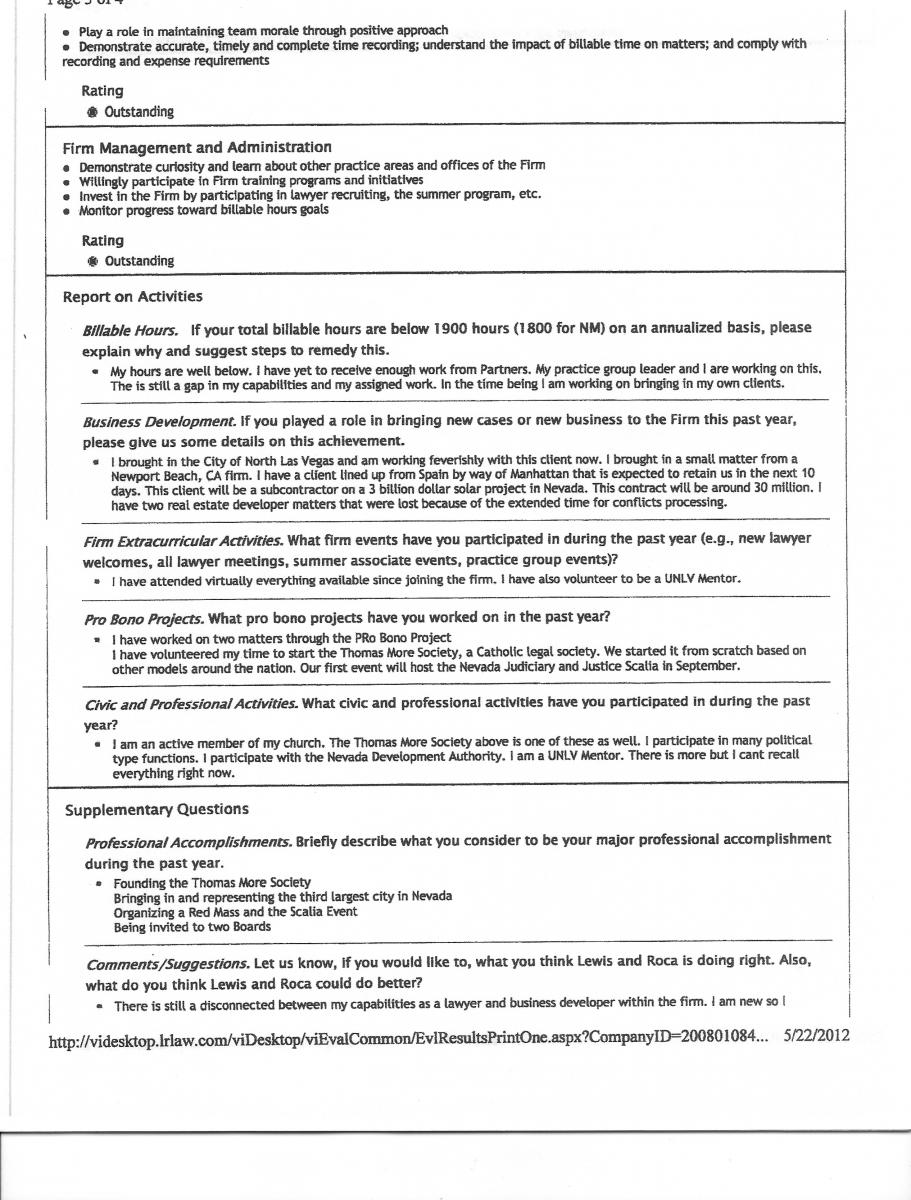 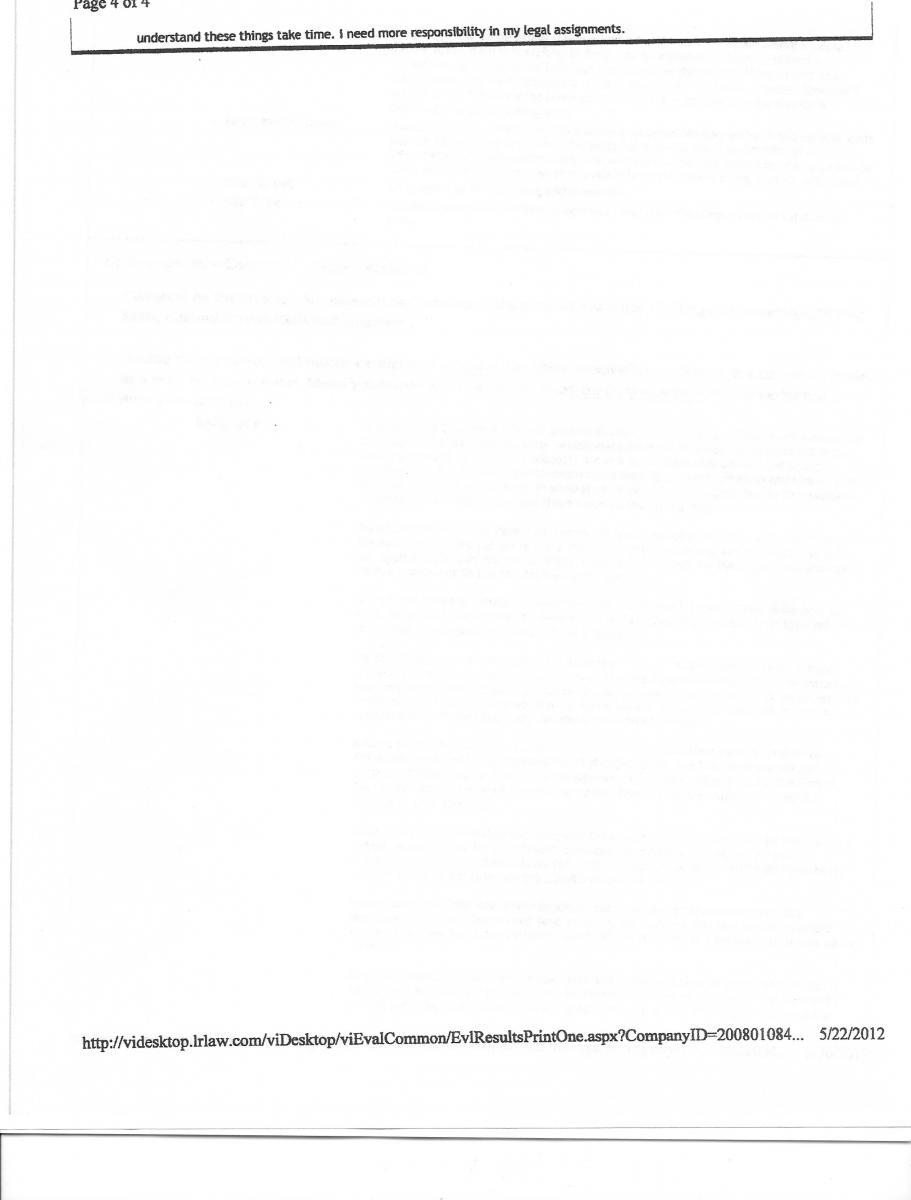 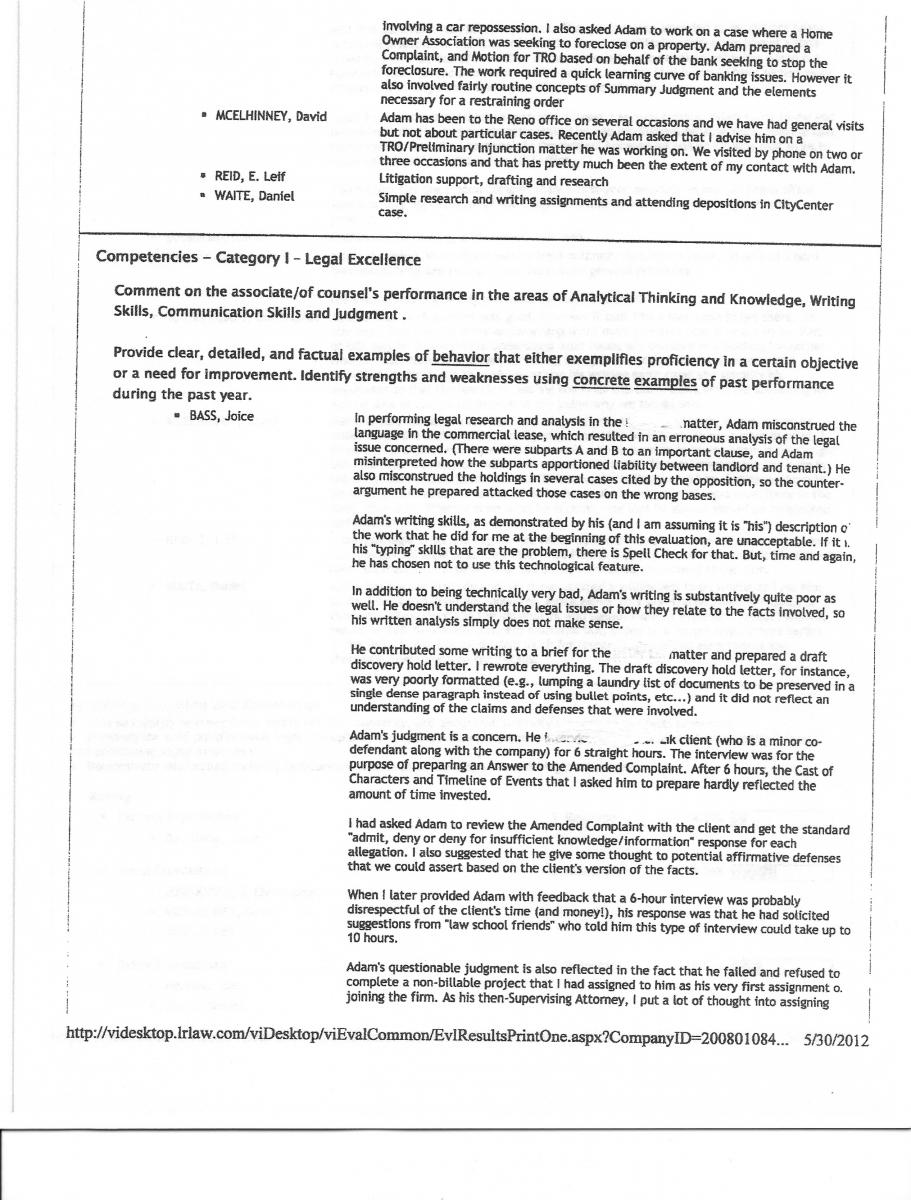 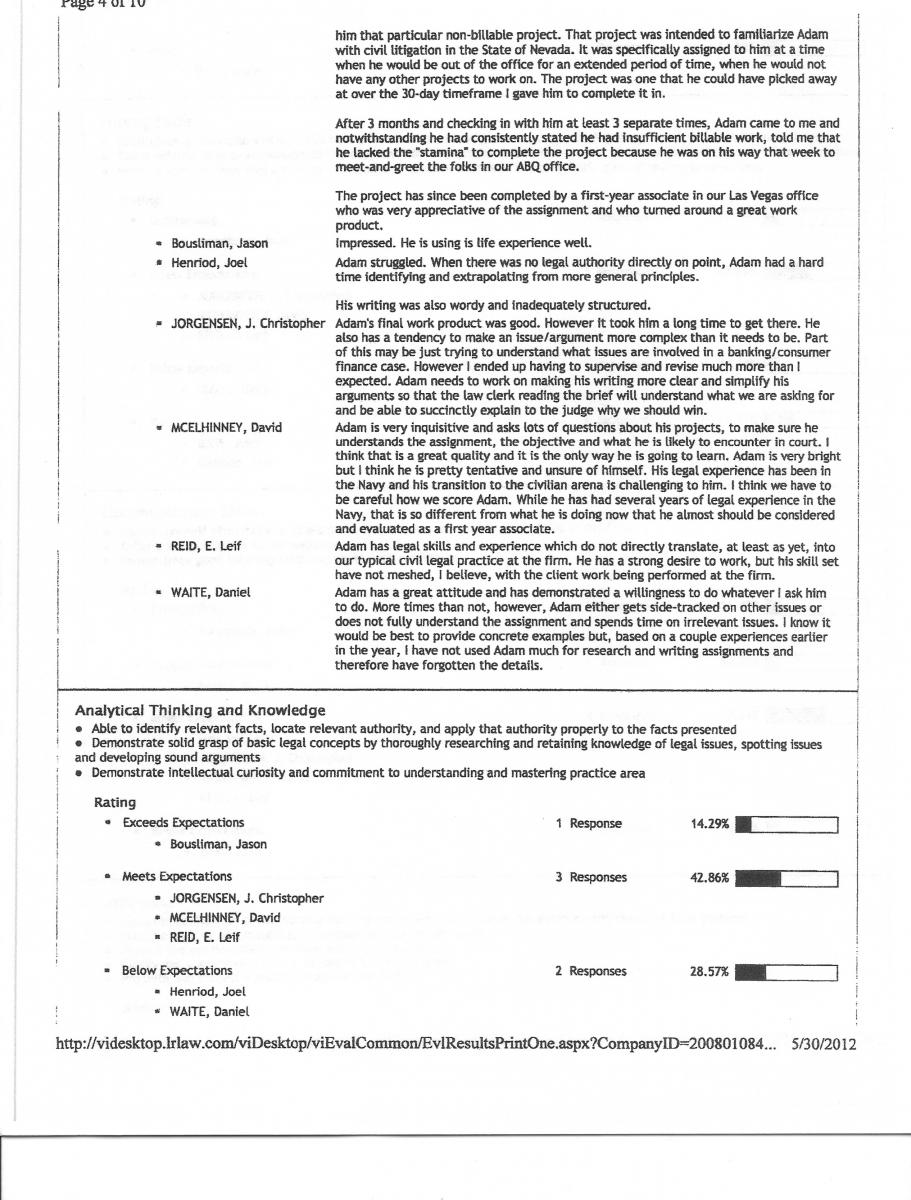 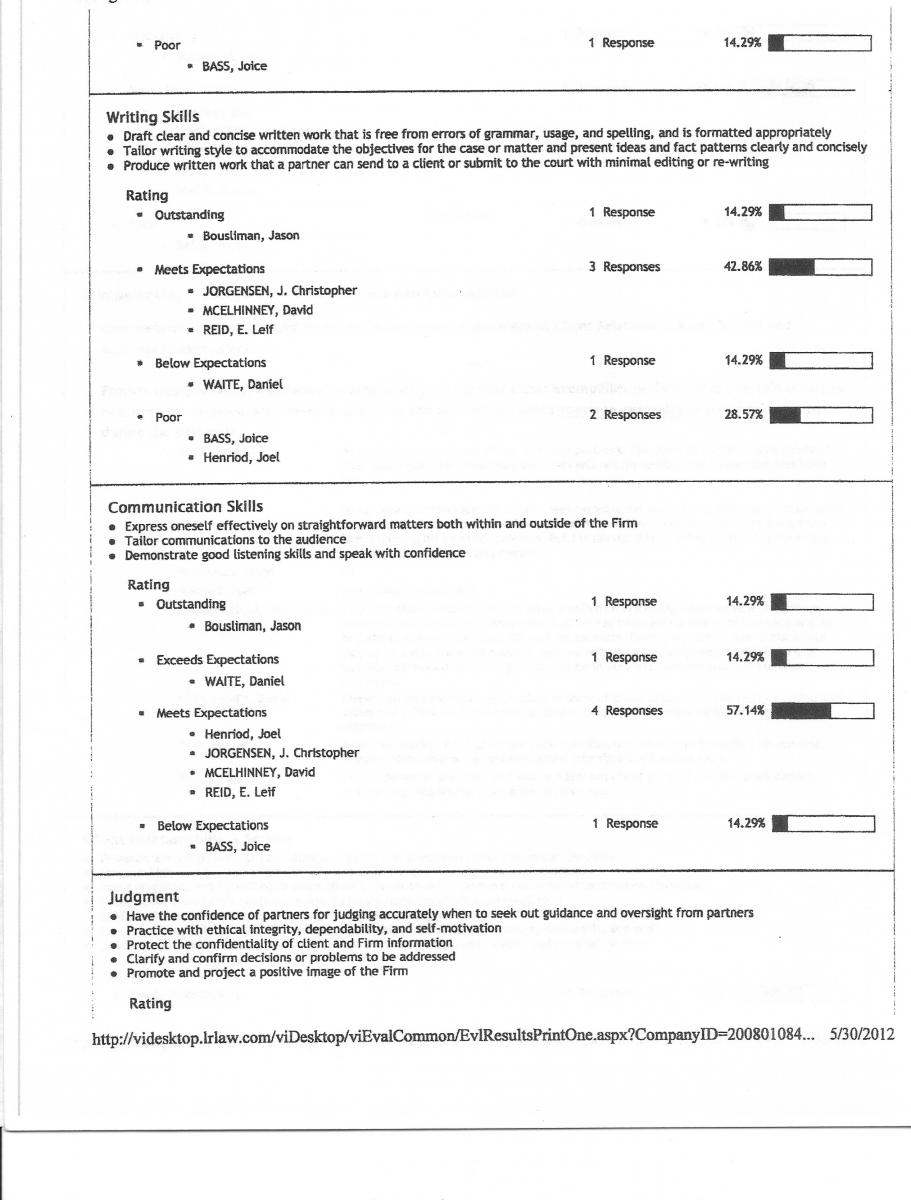 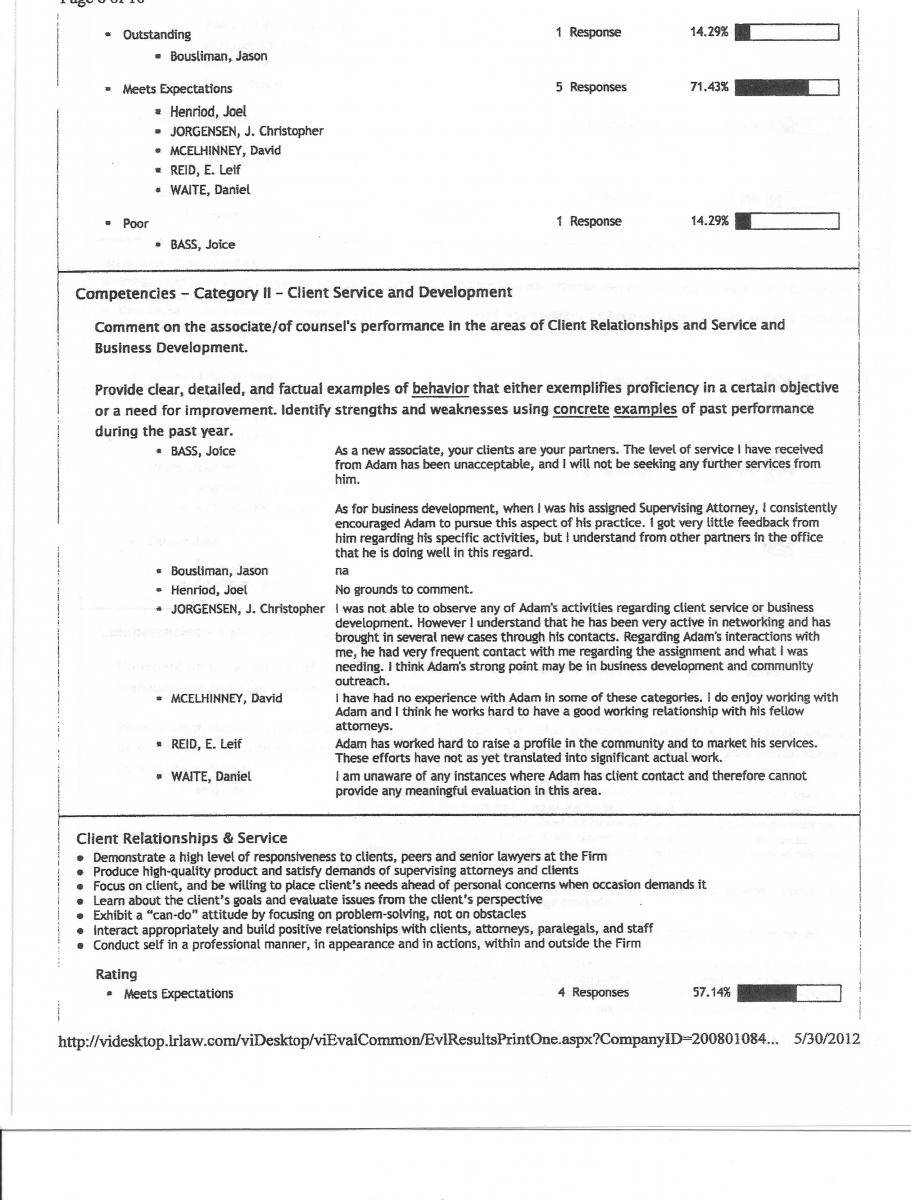 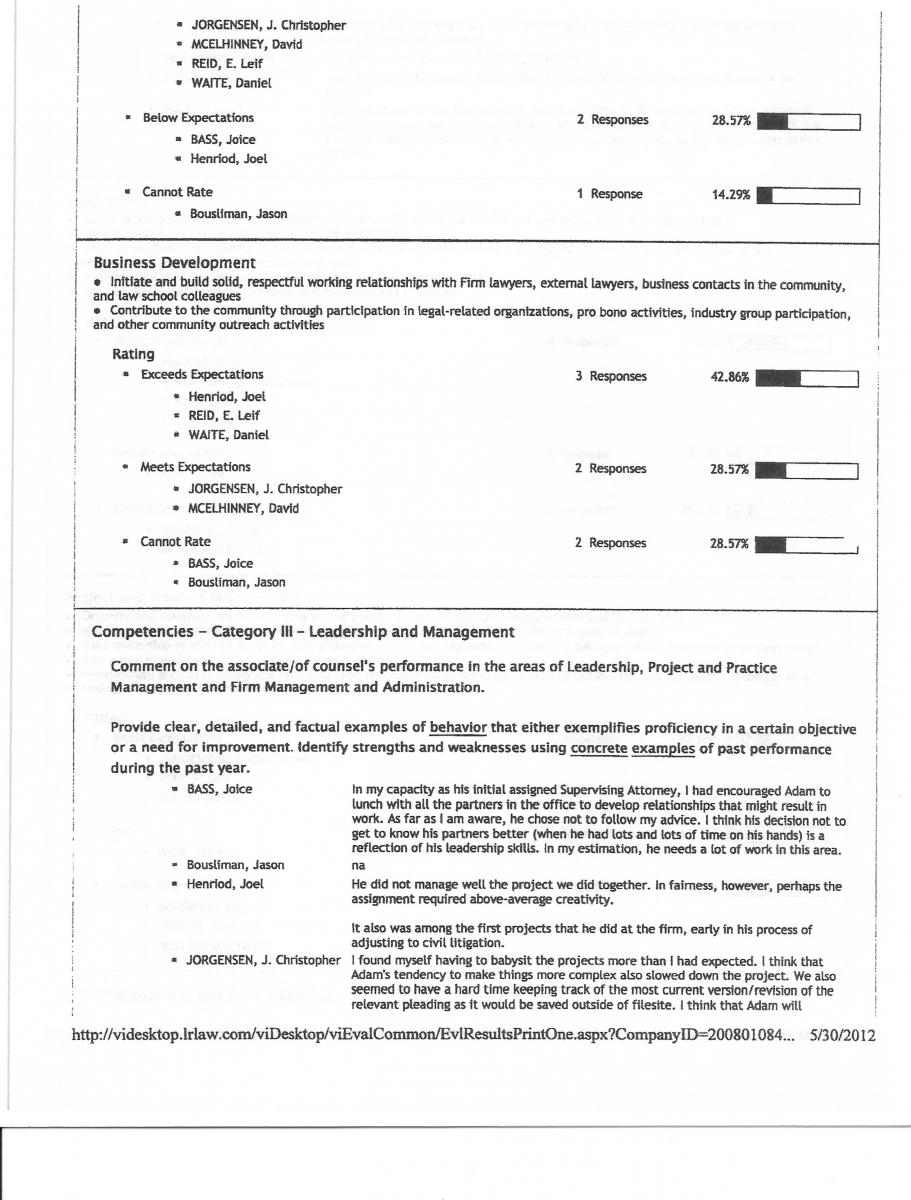 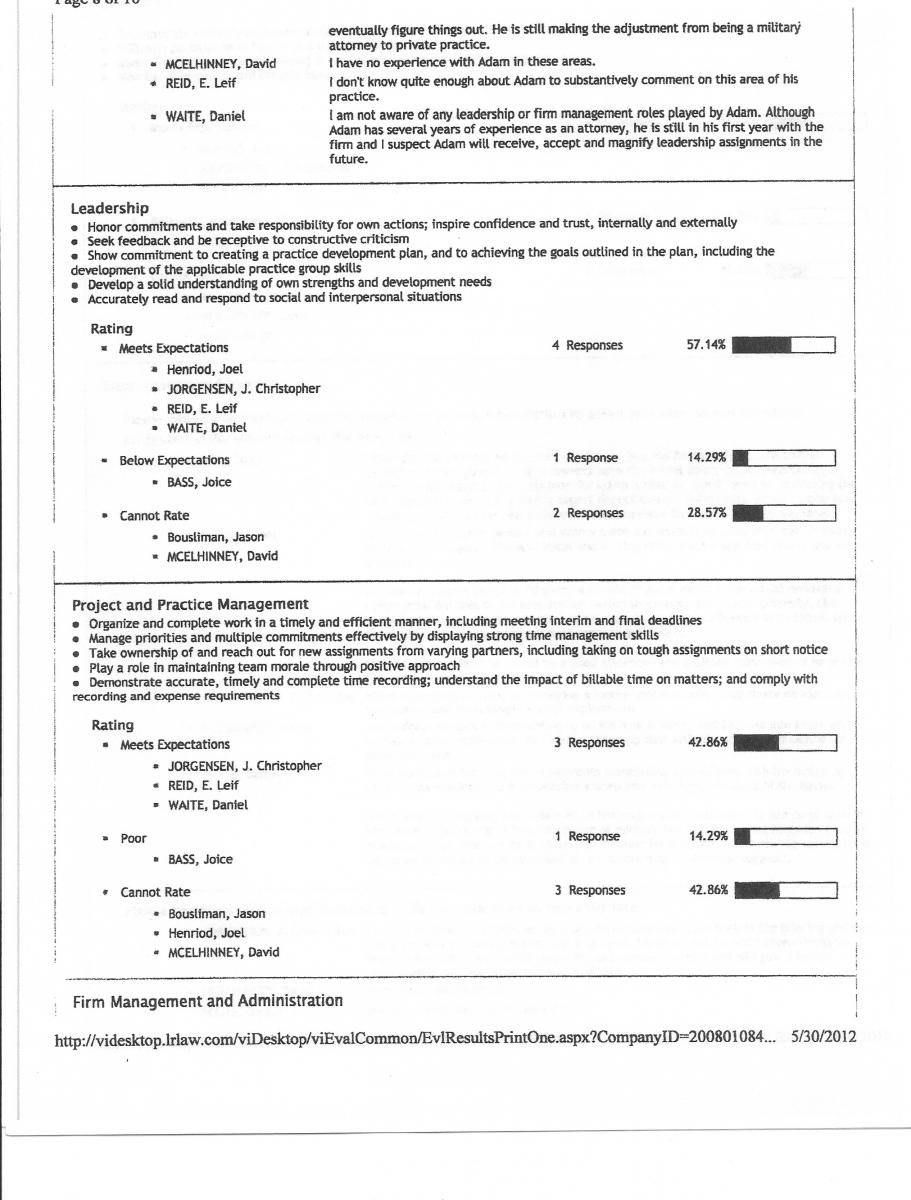 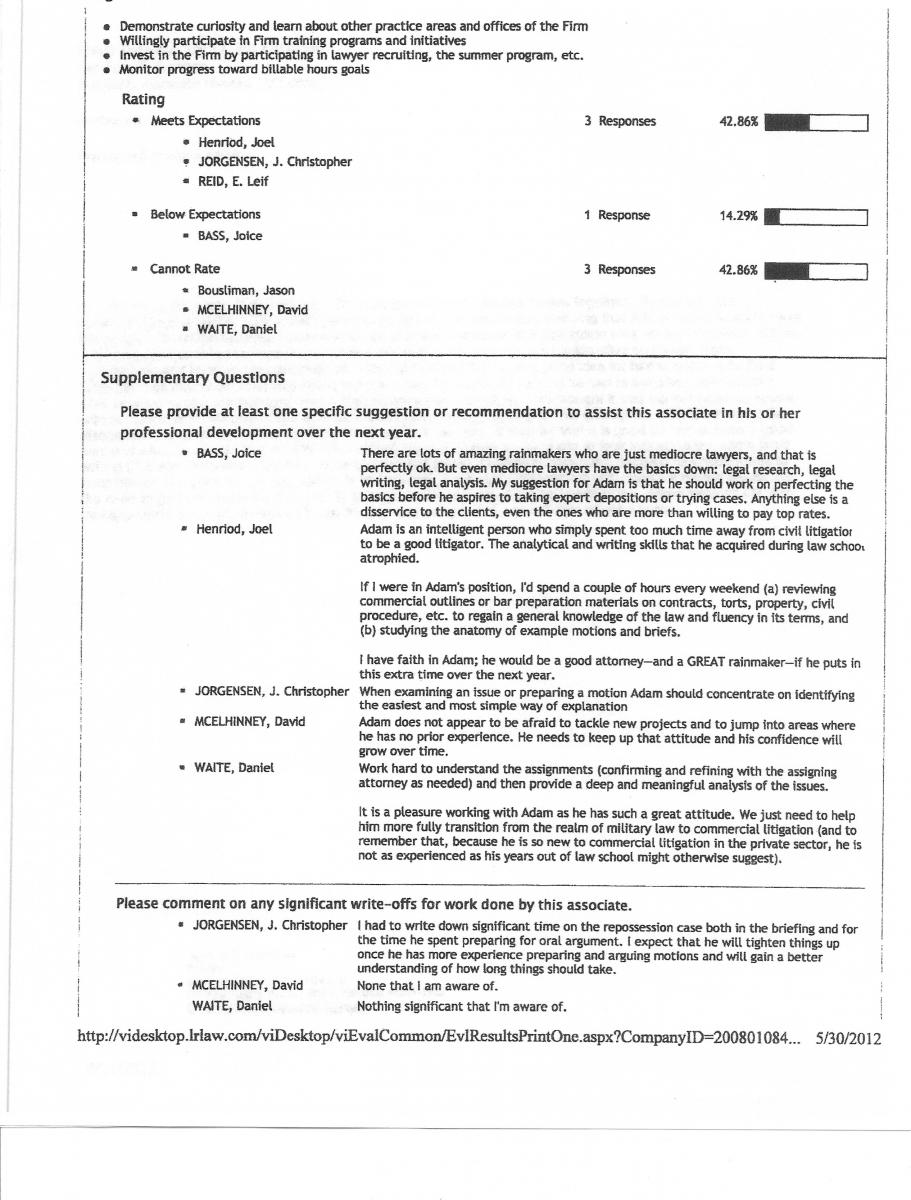 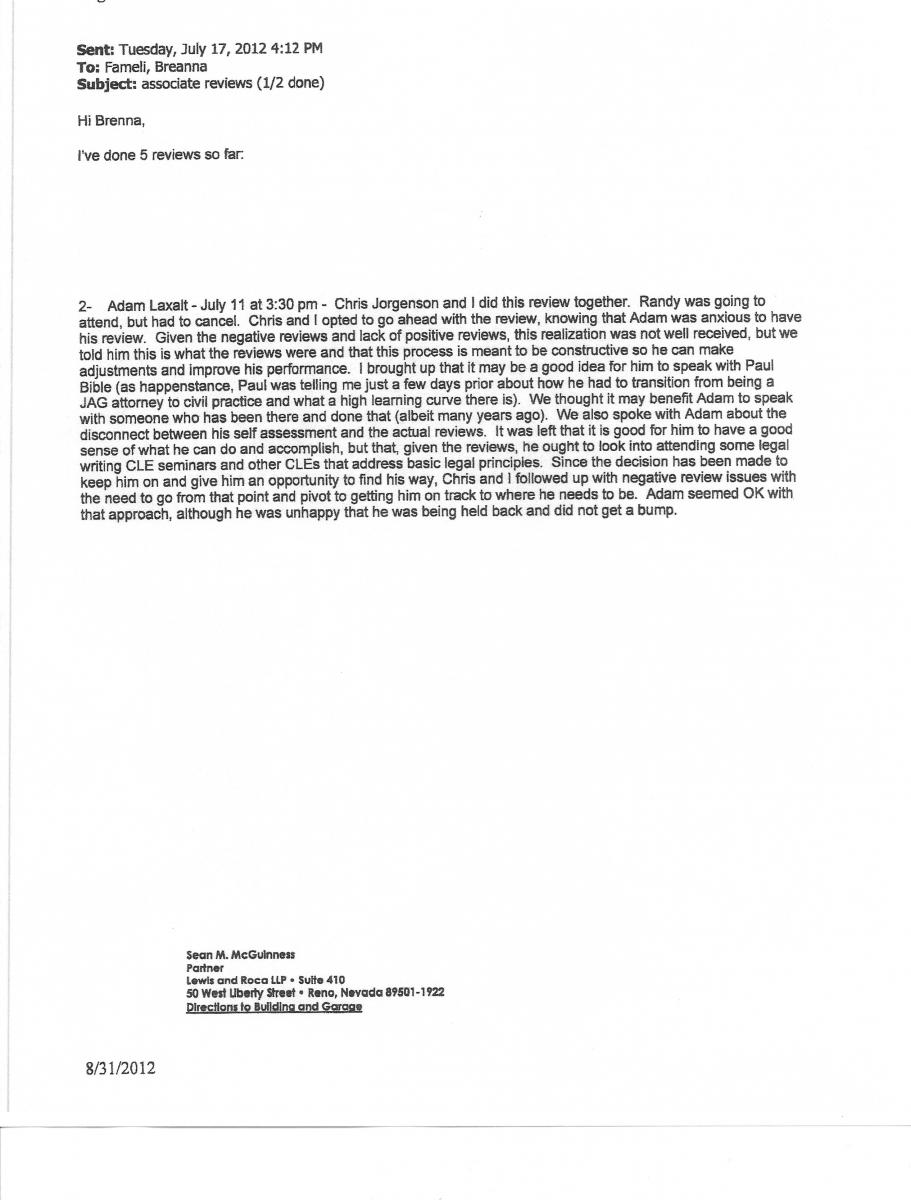