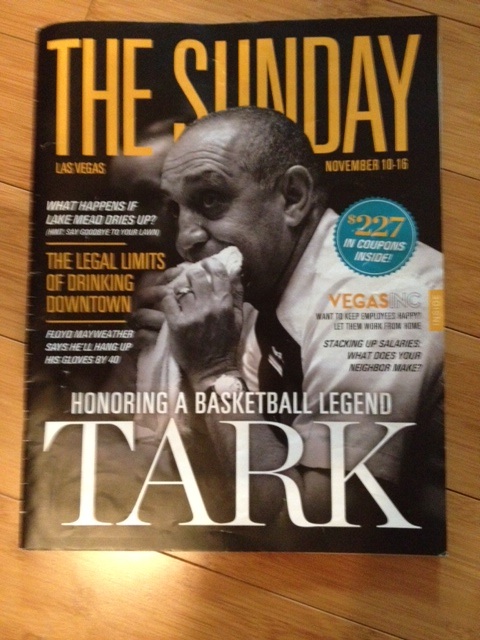 My love/hate relationship with the two Las Vegas newspapers is not a secret.

I worked for the Review-Journal and the Sun and have fond and distasteful memories of both. But I am more and more concerned about their future amid recent developments.

I come not to snipe – as promised – but to report news of uncertainty afflicting both newsrooms.

As first reported by Desert Companion’s Andrew Kiraly, a prototype for a new Sunday magazine is being marketed to advertisers and valley firms, presumably one that would replace the printed Sun, which has become a low priority with days-old or non-local news.

I have learned that there are plans to move forward with an actual edition of “The Sunday” in the next few weeks -- a plan that has caused unease in the newsroom and revealed anew divisions within the Greenspun family, which owns the newspaper.

Brian Greenspun, who is the publisher of the Sun, would not comment, except to say he would reveal more “as soon as I am ready to talk.”

Greenspun has been embroiled in a lawsuit with the RJ over his siblings’ attempt to end a Joint Operating Agreement, a deal that has yet to be consummated.

“I had no knowledge of The Sunday’s existence until I witnessed it being shown to potential advertisers,” said Brian’s brother, Danny. “To my knowledge, no other family members were aware of its existence until after the fact. I’m embarrassed.”

Danny Greenspun appears to be referring to the odd prototype, which may seem to some as a back-to-the-past approach with a picture of Jerry Tarkanian and fluff stories designed to fill space so Brian Greenspun can have his “Where I Stand” column continue to exist. But inside the Sun, employees are being told that advertisers are excited after seeing the mock-up, despite the lack of clarity on whether audience/demographic surveys show there is a market for this and what exactly the content will be.

Vegas, Inc., the business publication, is wrapped into the prototype, so that apparently is designed to appeal to advertisers as well. Will consumers pick up "The Sunday" along with their RJs and New York Times? Who knows?

The more interesting question to me is this: If indeed Brian Greenspun had the power of the purse taken away by his siblings, and Paul Hamilton, brought in by the other three to run the company, is in charge, how does Brian have the authority to do this? Or better yet: Will the siblings raise a protest (i.e. sue) if Brian goes through with what appears to be a way to keep the Sun and his column alive?

I understand that some Sun reporters are quite flummoxed by this turn of events, wondering (anew) what the future holds and if they will soon be working for a weekly and not a daily. You can hardly blame them.

Meanwhile, the deal between Brian’s siblings and the RJ to cease the JOA is in limbo because the family members cannot agree on all issues and, perhaps, because of the turmoil that resulted this week with the announcement that Publisher Bob Brown was fired.

I’m told that the news came as a shock to Brown, who had renewed some community respect for the paper and who was quite well liked. It’s not surprising that changes were made – when Ed Moss came on board, everyone knew what was happening -- but Brown seemed safe. But when someone is referred to as a “journalistic mortician,” he likely is not in the business of trying to win Pulitzers.

So it’s no surprise that RJ staffers are (anew) on pins and needles about more layoffs in the near future as Moss continues his work. What an awful situation for everyone there.

And so two newspapers that used to employ me have cloudy futures, and with people’s jobs at stake and the quality of journalism at risk, I feel only sadness.