Las Vegas chamber endorsements: A Democrat over a Republican, a union guy over businesswoman and....no one in Henderson 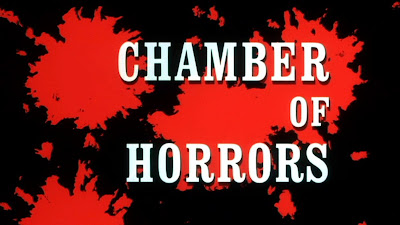 The Las Vegas Metro Chamber's municipal endorsements released today snubbed a GOP mayor needing all the help she can get, embraced a union stalwart over a businesswoman backed by conservatives and ignored a Henderson mayor facing token opposition.

The stunning and strange chamber endorsements include:

No endorsements in Henderson, including of Mayor Andy Hafen, who might as well be running unopposed.

Here's what I think, followed by the chamber explanations:

----North Las Vegas: My guess is the chamber has been friendly with Lee in Carson City and sees the disaster that is the city's finances and can easily justify the Democratic endorsement in a nonpartisan race. Besides, maybe the business doyens think Lee will win.

Chamber spokeswoman Cara Roberts Clarke: "The endorsement of John Lee is based on his experience as a businessman as well as his understanding of local government issues.  The Chamber found John Lee when he was in the State Assembly and Senate to be someone who worked collaboratively, reached out and engaged business in the conversation."

Now about those taxes he supported in the Legislature....

----Las Vegas: This is almost comical, the chamber embracing Ross, who wears a union label, over LaGrange, who has been endorsed by conservative leaders. If the chamber really wants business-friendly leaders in local government., how does it choose Ross over LaGrange?

She seems to think it's "the power of incumbency," as she said on Twitter. Maybe the chamber simply thinks the indomitable Ross will never lose.

Clarke: "Steve Ross has proven himself a councilman who serves his business constituents well and works hard on their behalf.  He has shown a depth in policy understanding on issues impacting the business community.  He was instrumental in streamlining the licensing process, which was a significant accomplishment to for businesses.  And he has been proactive in his outreach to the Chamber and the business community and his door is always open."

That is so beautiful; I almost want to cry.

----Henderson: No endorsement for Hafen? The ONLY reason could be the land scandal and lawsuits, right?

Clarke: "As for the Henderson mayor race, given the controversy right now regarding the proposed Henderson arena and the number of questions that remain, we felt it was best to stay out of the race."

Better safe than embarrassed by revelations to come?

The rest of the endorsements: Jared Hardy and Anita Wood in North Las Vegas, and incumbents Bob Beers and Stavros Anthony in Las Vegas.

At least some of them made....sense.