He has been ill for some time and is rarely seen anymore.

On this occasion, I post a gift I recently received from my friend, the great historian/journalist Bob Stoldal, a letter Laxalt wrote in 1991, reminiscing about how he had spent his second Senate term ("fascinating but terribly difficult period") torn between the White House, where his friend Ronald Reagan resided, and the Club of 100.

I met Laxalt in 1986, just as he was thinking about running for president, and shortly before he hosted a Lake Tahoe fundraiser for the man he had handpicked to take his Senate seat -- former Democratic Rep. Jim Santini, who would lose to Harry Reid despite Laxalt (and Reagan) trying to save him. I still remember my palms sweating as an RNC operative lead me to his suite at the Cal-Neva. He was as gracious and charming as you have heard, the first pol with real charisma I met. 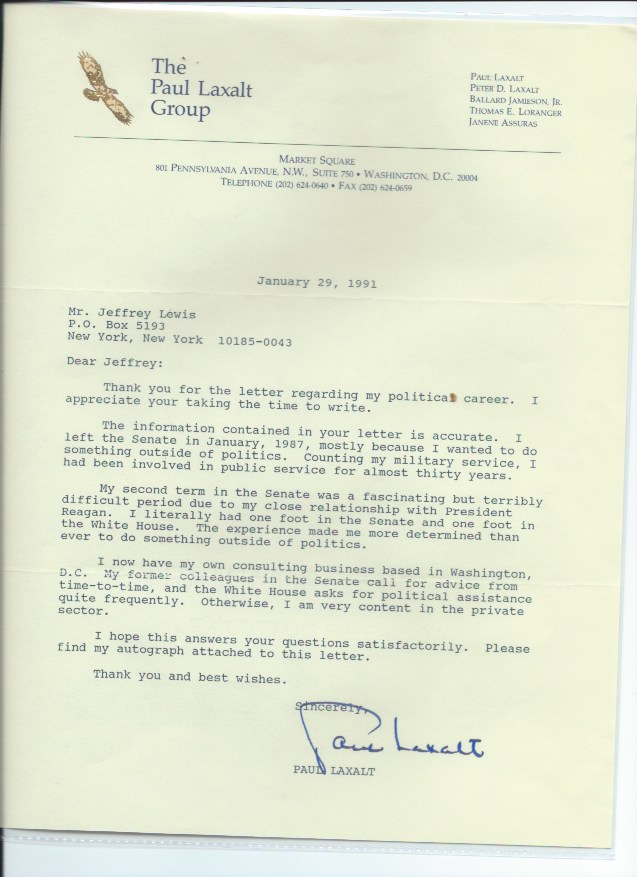