Former chancellor: UNLV must look outside for next president, regent "ignorant" for suggesting hiring of insider 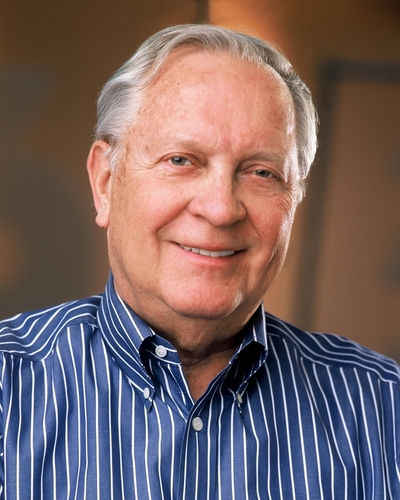 Assembly Majority Leader William Horne responded Saturday morning. He said he has "tremendous respect for Jim Rogers but I disagree on this particular issue." Horne said Provost John White is "ready to be president." Horne added that he dealt with White during the Legislature, including discussions of the system funding formula. "He's been involved with it," Horne said.

"I do believe we have somebody right here in our own backyard (for president)," Horne said. "And for the fiscal conservatives out there, it would be cheaper (than doing a search)."

Regent Cedric Crear, who declined to respond initially, now has this to say:

"I have known Jim Rogers for the majority of my life and have a high level of respect for him. On this issue we disagree, which is what makes our country great, the ability to agree to disagree.

"I have been humbly serving District 1 as a Regent for almost 7 years, chairing and serving on many Presidential evaluations and searches, including most recently as Chair of President Smatresk’s evaluation; I believe I have a strong understanding of Higher Education.
Please remember, President Smatresk was UNLV’s former Provost and has done an excellent job as President.  In addition, we did not undergo a search for his presidency.  Many distinguished institutions of higher education have had success in promoting from Provost to President.  One example is the University of Southern California's 11th President C.L. Max Nikias."

The board of regents must go outside UNLV to find a new president and suggestions by Cedric Crear to hire the provost are "ignorant," former Chancellor Jim Rogers said Friday.

"It’s my belief that in order ot have any credibility, the Board of Regents must go outside the system to find a new president," Rogers said on the decision to replace Neal Smatresk, who is scheduled to be ratified next month as the president of North Texas. Why? "Because when a new president comes in, you get new ideas and different experiences. Frankly, I would never hire a president for a major university unless (he or she) had been president someplace else. I would personally never hire someobody else's provost."

Rogers, who was chancellor for five years and left in 2009, chafed at the suggestion by Crear that the regents should not do a national search and simply hire Provost John White. Crear made his comments in an email exchange with me Thursday:

“If President Smatresk is ultimately offered and decides to take the position in Texas, I believe we are very fortunate to have an extremely well qualified person in Provost John White. He is a person who has a proven track record of success at the University as the former Dean of the Law School and now as the current Provost," Crear wrote.

Rogers said of White: "No one admires and has been more supprtive of John White than I am. I urged him to seek the provost's job. That job is entirely different from being president. One is an inside job, and one is more of an outside job. The job descriptions are not even close to being similar."

The ex-system leader seemed genuinely shocked at Crear's suggestion. "I cannot believe that Cedric Crear, who has absolutely no understanding of the mechanism for operating a university, would be so ignorant as to forever preclude John White from getting the job," Rogers told me.

Rogers did not explain why he thought so, but my guess is that he is referring to an insider--gets-juiced perception created by what the regent said to me.

Crear's suggestion, which I reported on Twitter, was seconded by several lawmakers, including Assembly Majority Leader William Horne. Said Rogers: "I also cannot imagine William Horne joining in this preposterous proposal at this time. If John White ever had a chance for the job, they certainly made sure he’ll never get it."

Rogers still has influence in the system through his relationships, including with the man who succeeded him, Dan Klaich, and through his donations to UNLV.

Disclosure: Rogers own the TV stations where "Ralston Reports" airs.