The fact that state Sen. Justin Jones (46-44 over Becky Harris) and Assemblywoman Marilyn Dondero Loop (44-46 with Patricia Farley) are in such competitive races in these polls with unknown foes tells you everything you need to know about this election. Everyone thinks Jones' race will be close. But the Democrats and Republicans are putting out different spins on the Farley-Loop race, with the GOP feeling very confident and the Democrats insisting, and using this poll to buttress the argument, that the open seat is still in play. 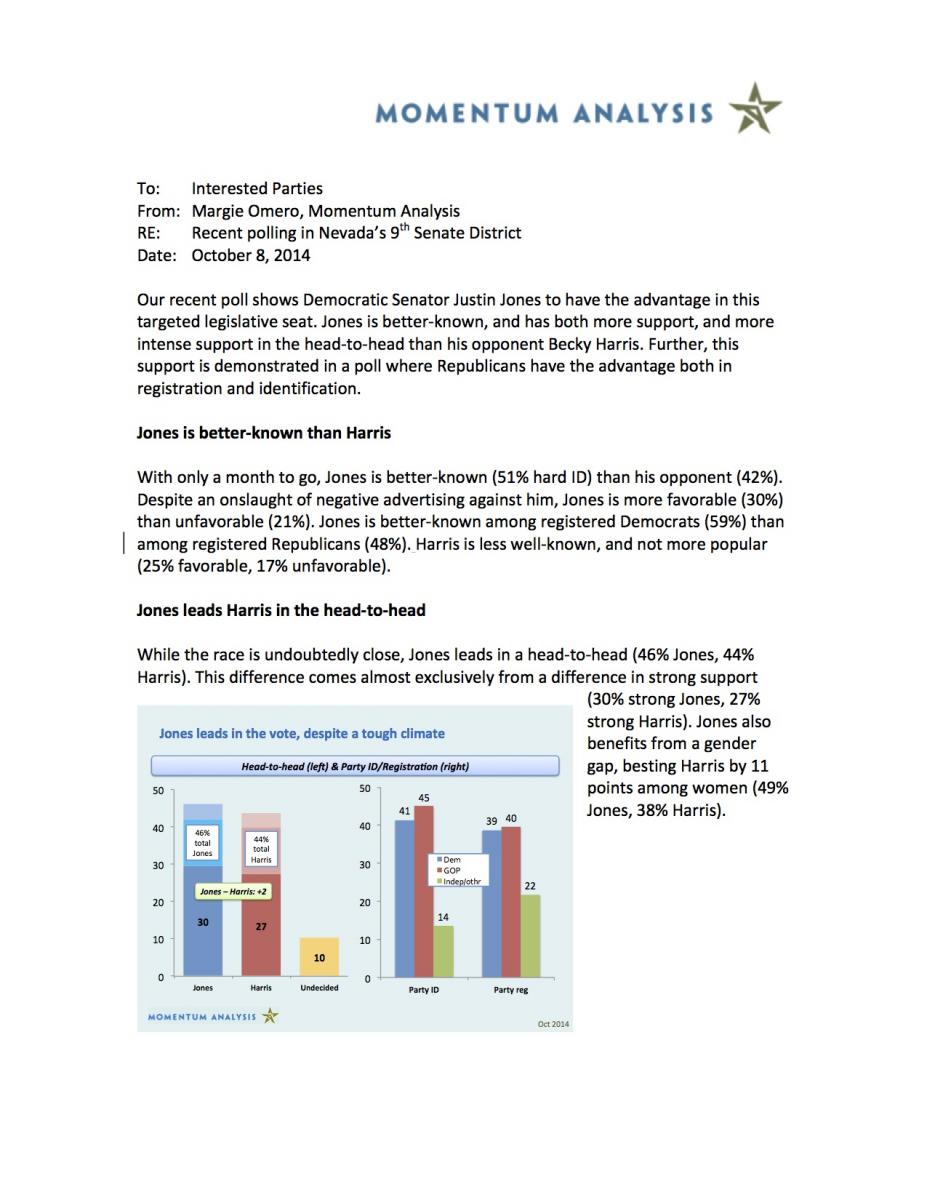 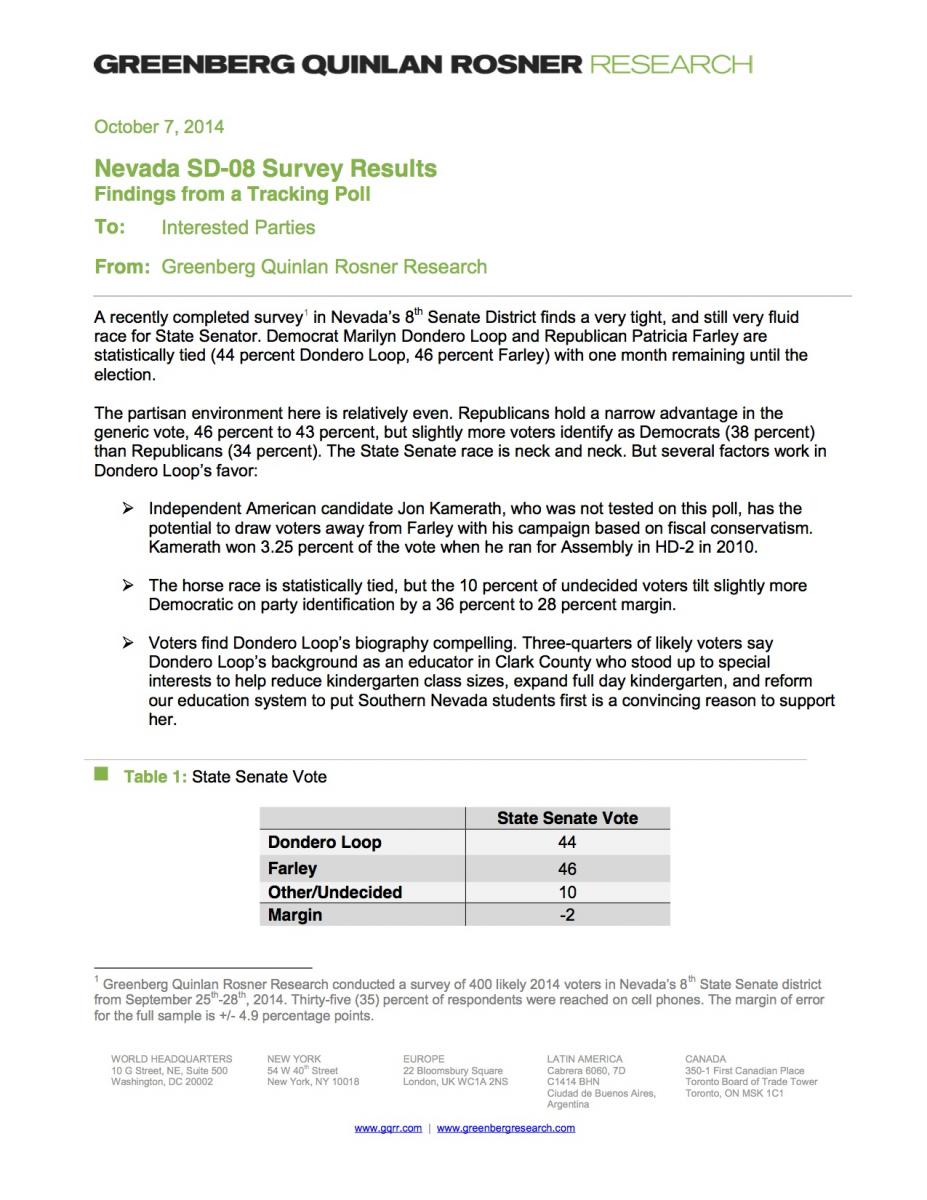