Conservatives come out for Laxalt

Led by a former governor and lieutenant governor, as well as a Las Vegas Sands operative and three ex-state senators, conservatives are rallying next week in a pair of fundraisers to help attorney general hopeful Adam Laxalt.

Ex-Gov. Bob List and former Lt. Gov. Lorraine Hunt will headline one event Tuesday at the latter's restaurant, The Bootlegger, while Las Vegas Councilman Bob Beers, one of those ex-senators, will host one at Mundo in downtown Las Vegas two days later.

Laxalt's TV buy also begins next week, and he already has been bolstered by one from the Republican Attorneys General Association.

Laxalt is trying to recover from a leaked law firm review a few years ago that indicated he was barely comeptent to practice law. His opponent, Ross Miller, has not publicly reacted to the dsclosures and has not yet been on television. 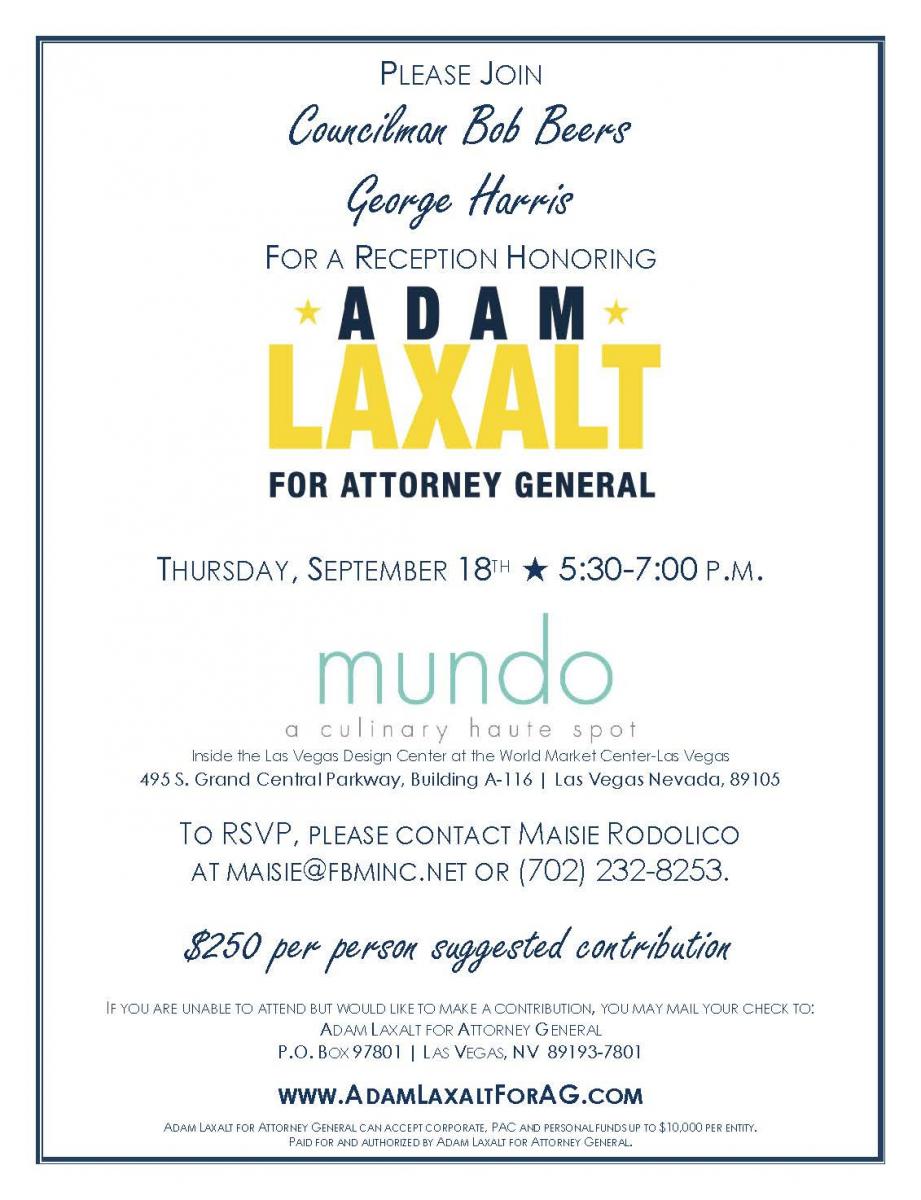