Bolton to appear at two fundraisers in Las Vegas

As the parade of 2016 hopefuls comes to Las Vegas next week for a Republican Jewish Coalition meeting, former UN Ambassador John Bolton will appear at two events for local candidates -- one for attorney general hopeful Adam Laxalt and one for congressional candidate Niger Innis.

Bolton actually was on both invitations, but Innis' campaign apparently did not have the authority to have his name on there and had to produce a new invitation. (Innis' campaign claims the original was "just a mock-up.")

Innis' campaign says Bolton will still be at the March 26 fundraiser, which will be at major GOP donor Sheldon Adelson's house.That event, like a previous one for Innis, features an ex-president's nephew (Jeb Bush, Jr.) and Adelson lieutenant Mike Leven. Newly minted regent candidate Danny Tarkanian and lieutenant governor aspirant Sue Lowden's husband, Paul, also are on the invite, which is posted below. I have also included the original version of the event, which touted Bolton before he bolted.

My favorite part of the invite: "Address to the Adelson residence will be provided upon RSVP confirmation."

The Laxalt event is the following evening at the Kolesar and Leatham law firm, which has Bolton listed as a special guest and Nevada's two GOP congressmen, Joe Heck and Mark Amodei, Sen. Dean Heller and Gov. Brian Sandoval as "special invited guests." (Probably means they will not be there.) The host committee includes two Las Vegas councilmen, Stavros Anthony and U.S. Senate candidate Bob Beers; state Senate Minority Leader Michael Roberson; ex-Gov Bob List; and several other GOP stalwarts. That invite also is posted below. 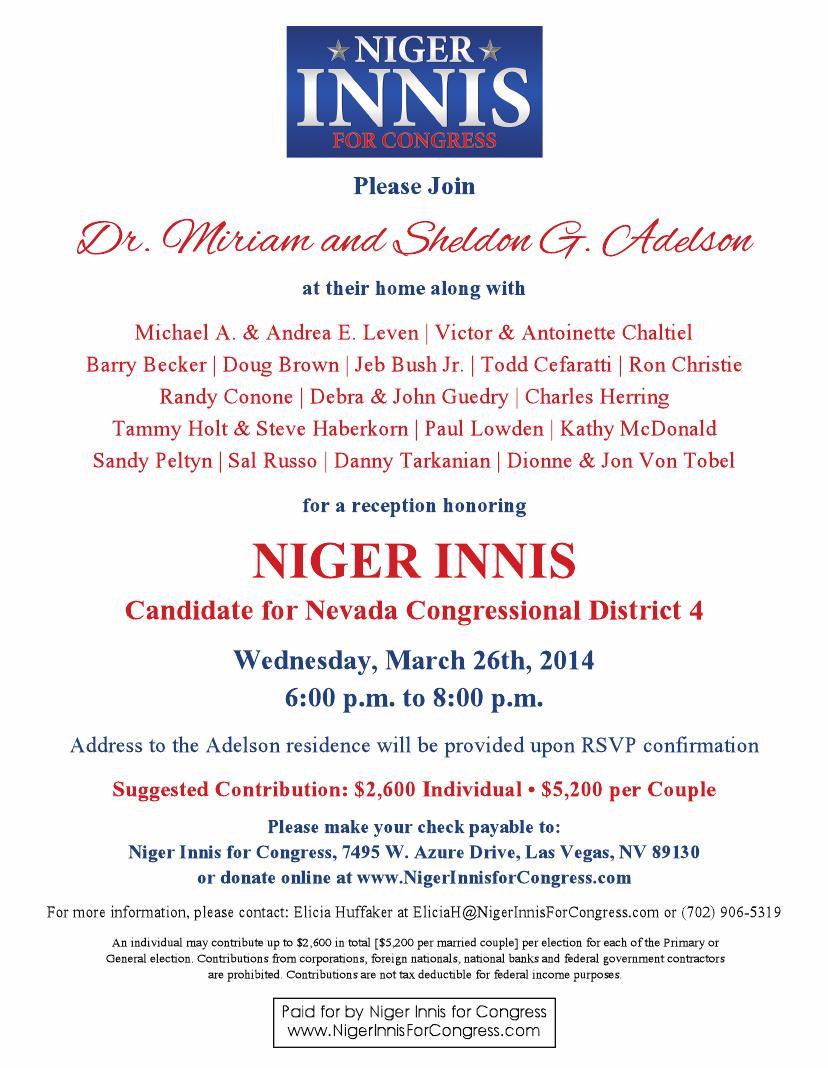 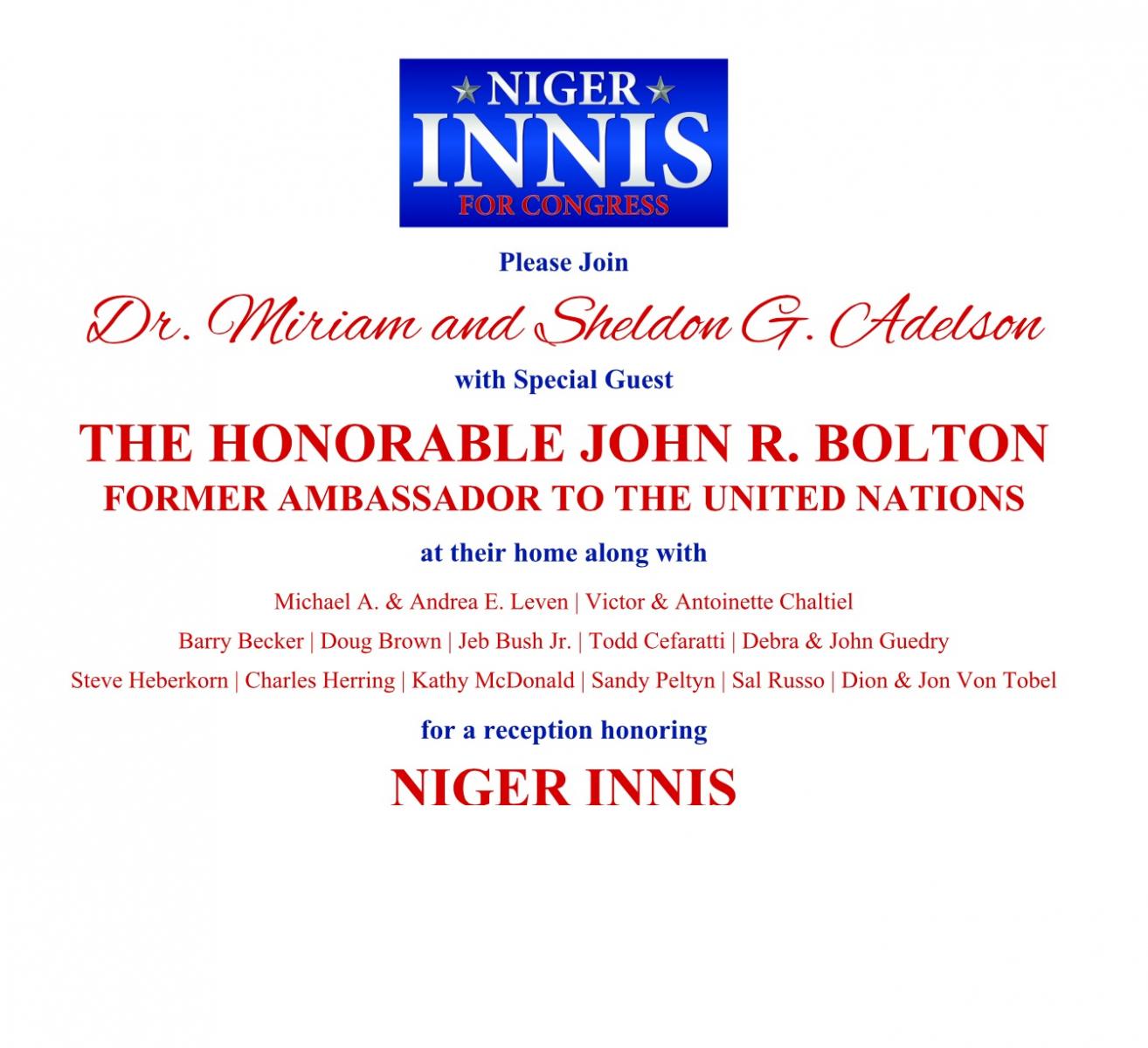 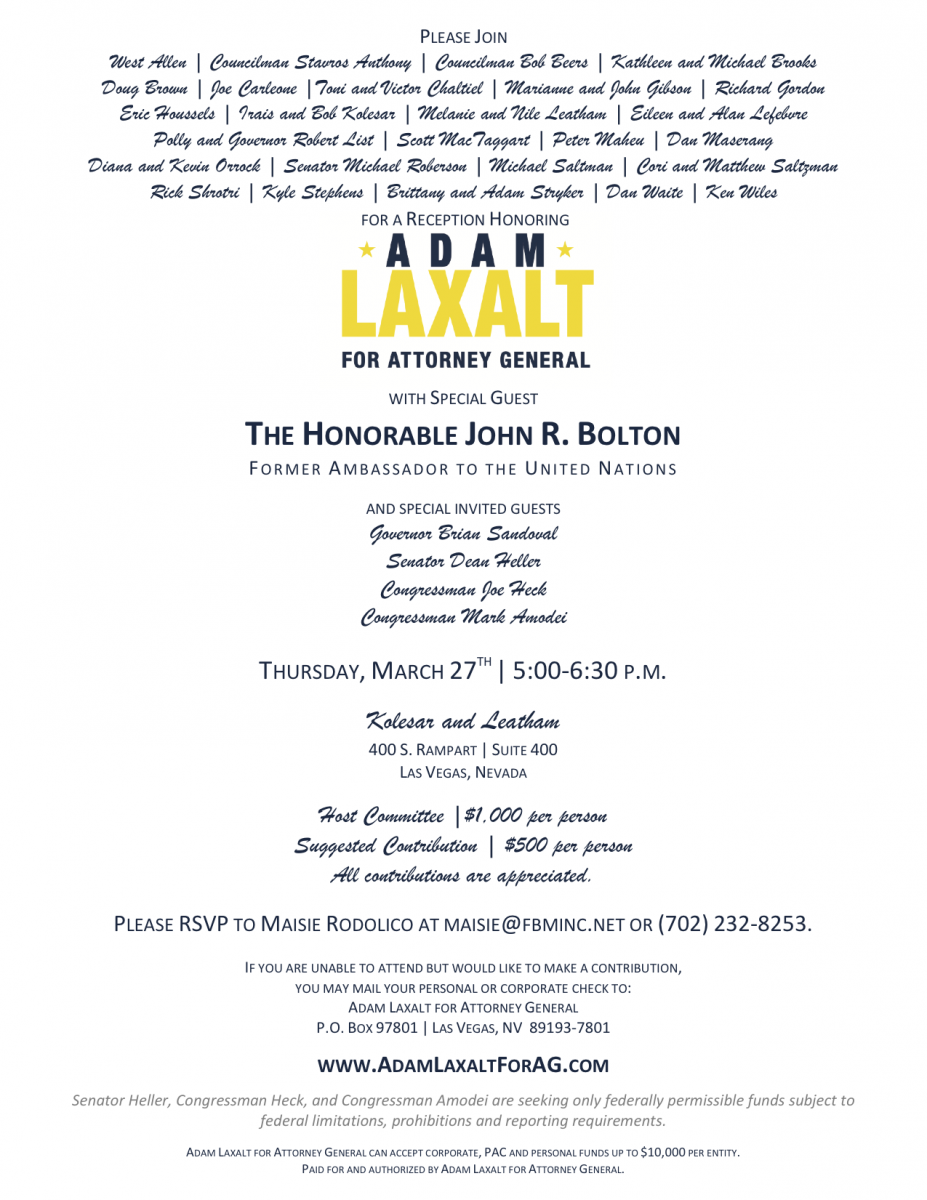